A fisherman in the central province of Quang Ngai has been fined more than VND927.5 million (USD40,304) for fishing in Malaysian waters. 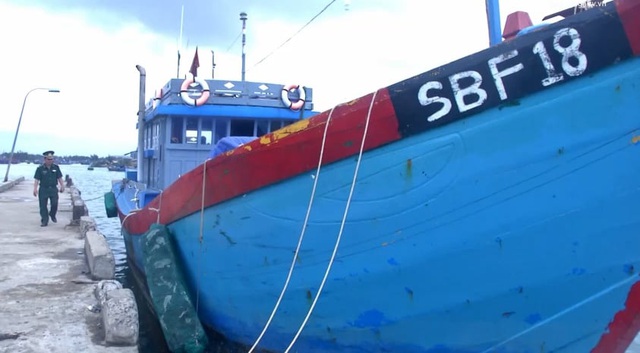 In February this year, the boat with 16 people on board left Ly Son for the Spratly Islands. Then the boat continued going to Kota Kinabalu Port in Malaysia to co-operate in fishing activities with a Malaysian person. Vuong was requested to pay USD15,000 per year for the partner to operate in Malaysian waters, so he and crew members on the boat left Malaysia to return to the Spratly Islands.

Vuong changed his boat’s registration number and turned off the positioning system to avoid being detected by authorities. However, during the contract negotiations Vuong suspected that he would be cheated and left the Malaysian area to return the Spratly Islands.

After that, the boat’s violation was discovered by the Quang Ngai border defence force.

As a result, Vuong had to pay the total fine of VND927.5 million for his violation. He also had his boat licence to be revoked for nine months. Tienphong/Dtinews

Stretching 90km along the coast over the Hai Van Pass to Hoi An, fishing villages and crowded fishery communities have been around for centuries.

Thousands of fishing vessels in Vietnam may be suspended for failing to install satellite tracking devices.

icon
Some students ‘get stuck’ in countryside, can't return to city for school
icon0