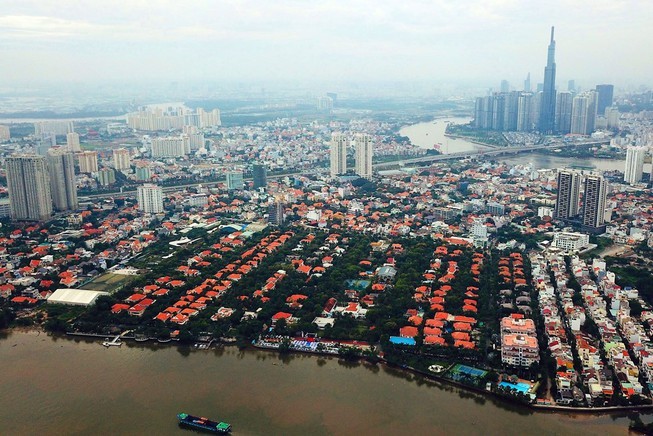 Akkerman expressed high regards to HCM City's recent achievements and wished for its economic development with the establishment of Thu Duc City and Long Thanh Airport Project. She said Vietnam and HCM City were among the top destinations for Dutch firms and foreign policy priority.

"The Netherlands is willing to help HCM City and Thu Duc City in building a smart city, fighting flooding and transferring technology," she said.
Thu Duc City aims to be among the most modern cities in the region with hi-tech industrial zones, quality universities and convenient connections to the world via sea, road and air transport.

According to Thu Duc Development Plan to 2040, the city could be flooded once every five years. The estimated investment for the flood prevention plan is USD1bn. This will be a public-private partnership project.

Tran Phuoc Anh, director of HCM City Department of Foreign Affairs, said they had asked HCM City authorities and related agencies to work together to carry out the project.

The report from the Department of Planning and Architecture showed that in order to meet the goals set in the 2020-2025 development plan, it will need VND41.6trn (USD1.8bn) from the state budget.

Hoi An crowded again after flood and Covid-19 outbreak

Hoi An City has attracted an increasing number of visitors after tourism services have been resumed.