Devoted doctor in the fight against COVID-19

Tran Thi Phuong Anh, 45, a doctor of Hai Ba Trung District’s Medical Centre, Hanoi, has been a bit busier than usual since the COVID-19 pandemic hit the city earlier this year.

Anh, head of the centre’s Medical Imaging Department, said due to the pandemic, she often works from early morning until midnight.

“My colleagues and I have to work regardless of the day or night, rain or sunny. We work whenever there are people who need to be tested (for SARS-CoV-2),” she said.

“It is the busiest year in 22 years that I have worked in the centre,” she added.

While her medical centre is not qualified to tests for the coronavirus, they do collect samples to be tested elsewhere.

The doctors and medical staff work hard staying updated on the virus and have to be ready to carry out instructions from city authorities at a moment's notice, she said.

The work was hard, however, all of them thought they had to try their best to do their part to stop the pandemic, she said.

“The centre seems to have become our second house since that day we eat and sleep at the centre all day and night,” she said.

They divided into two task forces and worked in two shifts to ensure the centre always had doctors and medical staff for taking samples 24 hours per day, she added.

“I even have to work overnight when the district suspects newly infected cases,” she said.

When an infection is suspected in their area, the centre's task force goes to the person’s house to spray disinfectant, checks epidemiological factors, the travel schedule of the person and then take samples.

For example, at 7:30pm on March 18, when she was informed of two new infected cases in the district (the 76th patient and 87th patient), she urgently sent the centre’s two task forces to the patients’ houses in two wards of Nguyen Du and Quynh Loi.

The cleaning, interview, taking the samples and sending the patients’ relatives to the city’s quarantine area had to be done that night, she said.

The teams worked until 5am on March 19, she said.

“Only when all the work was done did we say 'phew' and we were relieved," she added.

Besides working at the centre, Anh also joined the medical team who took samples for tests of SARS-CoV-2 in Noi Bai International Airport and several quarantine areas in the city.

Tran Thi Kim Dung, a nurse of the centre, said Anh worked hard and was a good example for everyone at the centre.

“She is always the first to arrive and the last to leave the centre,” Dung said.

When doctors at the ward’s medical centre did not know how to carry out some tasks relating to COVID-19 pandemic prevention, she directly instructed them although she was very busy, Hang said.

Phuong Anh had ordered medical staff to co-operate with the People’s Committee of many wards in the district to verify suspected cases of SARS-CoV-2 after they visited Bach Mai Hospital since March 22 after the hospital was identified as an outbreak hotspot.

Van Anh said the district’s medical centre had taken samples for tests of nearly 1,000 people with high risks of contracting the virus in the district since March 31. Anh contributed a lot to the result.

The centre was recognised for its work in the fight against the COVID-19 pandemic by the capital People’s Committee.

Anh also recently received a Certificate of Merit for her outstanding achievements in the city’s prevention of COVID-19 from Chairman of the city's People's Committee Nguyen Duc Chung.  VNS

These days, doctors, nurses and employees at Facility no.2 of the National Hospital of Tropical Diseases in Kim Chung Commune, Dong Anh District, Hanoi, are accompanying with patients to fight against COVID-19.

A responsible Vietnam in COVID-19 fight

Every country, including Vietnam, has implemented measures to contain the novel coronavirus (COVID-19) epidemic. 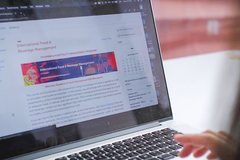