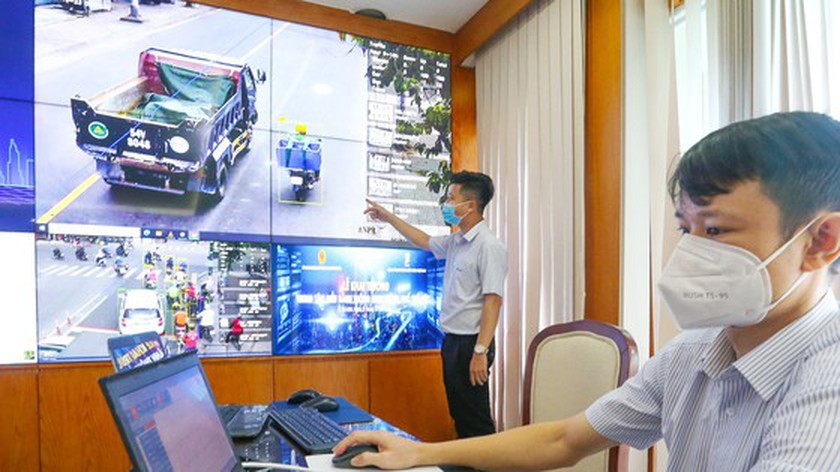 Employees at Thu Duc City IOC are operating the center

At the launch ceremony, Vice Chairman of Thu Duc City People's Committee Nguyen Ky Phung emphasized that Thu Duc City was established with great expectations of Ho Chi Minh City's leaders. The city was chosen to develop into a creative nucleus, becoming a leading economic sector and center of economy and innovative technologies. The city will gradually be developed into an innovative and highly interactive urban area of Ho Chi Minh City.

During the complicated development of the Covid-19 epidemic, the IOC of Thu Duc City has supported the leaders of Thu Duc City in directing disease prevention and control on the basis of data analysis through the GIS application for disease management, spatial analysis, and reports about statistics.

However, after its establishment, Thu Duc City has had a fragmented data situation, sporadic connection and consistency. Thu Duc City authority expected to build an unified data system that can be linked with industries to have interdisciplinary analysis in a multi-dimensional way for the preparation of future trends.

Therefore, Thu Duc City immediately embarked on the implementation of the smart city construction project to meet the requirements of state administrative management in the city as well as improve the effectiveness and efficiency in the activities of governments at all levels.

According to Vice Chairman Phung, during the complicated development of the Covid-19 epidemic, the IOC of Thu Duc City supported the leaders of Thu Duc City in directing the disease prevention and control on the basis of data analysis over the past years through GIS application, spatial analysis and statistics reports.

In the new normal phase, the Thu Duc City IOC will continue to add new key fields with a focus on collecting, refining, and perfecting raw data, accumulating and expanding data over time to enrich the data warehouse.

The HCM City Department of Transport has drafted travel regulations starting from October 1 that specify where vehicles can ply based on COVID-19 levels.

icon
Why COVID-19 caseload and death toll on the rise: Ministry of Health
icon0