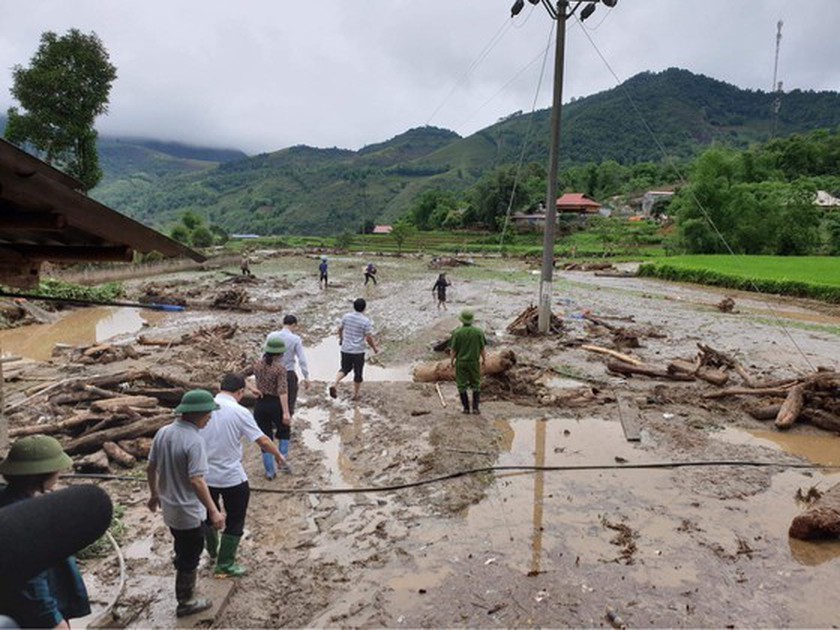 The flood swept away 25 houses along with many properties and bikes, five hectares of paddy fields in Minh Luong Commune. Besides, mud spilled onto National Highway 279 at a section through the center of Minh Luong Commune causing 200-meter-long traffic congestion.

According to the National Center for Hydrology Meteorology Forecasting, the Northern and North Central regions experienced hours-long torrential downpours due to a cold air mass along with upper-wind convergence at the time of seasonal change from dry season to the rainy season.

It is possible that the Northern region will continue seeing medium-heavy rains, thunderstorms and risk of cyclone, lightning, hail and whirlwinds with rainfall of up to 80 mm.

Looking at a corner of the school, Hoang Thi Duyet, principal of Hien Ninh Primary School feels happy that the lawns and flowers in the school yard have bloomed again after the historic floods that lashed the region two months ago.

icon
'No one is left behind': Vietnam's authorities provide support for foreigners amid the pandemic
icon0