A company in Hai Phong City has been found using wastewater from a local canal for bottled water production. 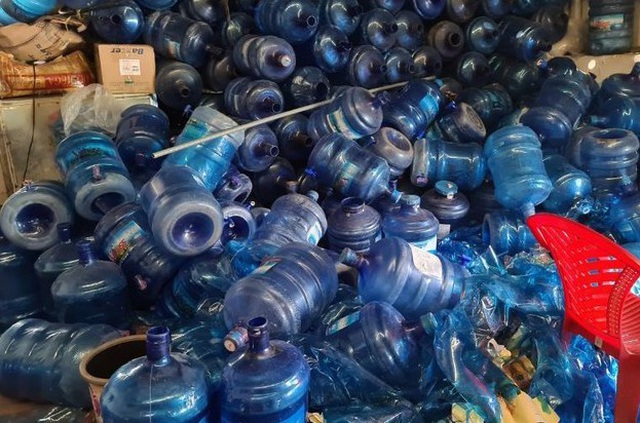 Phuc Ha Company in Hai Phong City has been found using wastewater from a local canal for bottled water production.

Inspectors found that the company used wastewater which is directly discharged by local people into a nearby canal for their production. After being taken from the canal, wastewater went through some purifying machines and was then bottled with Vimass Nui Voi Brand.

A representative from the company said that they are producing around 200 bottles of water, each containing 20 litres, every day.

The inspectors invited the local health department to come and take samples for further investigation. The company was asked to suspend production.

In a meeting with the Department of Food Safety on June 9, a representative from the company, Nguyen Van Thien, said that they started producing bottled water in 2008, sourcing underground water at the Nui Voi Mountain.

"Recently, the underground water was limited and we could not take it with our machines," Thien explained. "So we took water from the nearby canal."

Thien said that they were supplying bottled water to many schools and organisations through 10 stores. Each 20-litre bottle is priced at VND9,000 (USD 0.4).

According to the Hai Phong Department of Food Safety, the Phuc Ha Company had also suspended once on July 23rd, 2019 due to violating food safety regulations. At that time the company was fined VND30 million. Dtinews

icon
Hanoi now and then through photos
icon0