The Minister of Public Security will decide the form and material for citizen chip-mounted identity cards. Under a request from the Prime Minister, the cards will use advanced technology to ensure security and safety.

The Government Office on October 7 sent a document to Minister of Public Security, conveying the Prime Minister’s instructions on the form of citizen chip-mounted identity cards to be used in Vietnam. 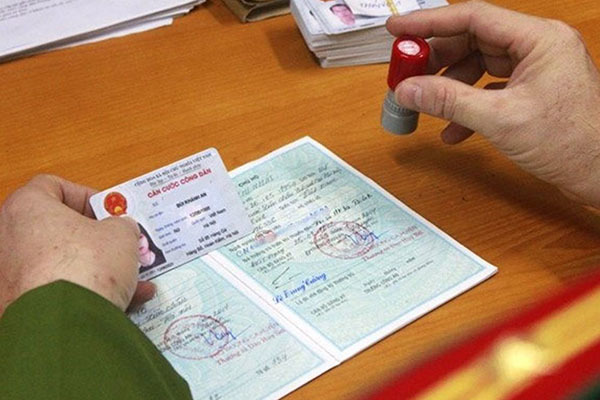 The Ministry of Public Security will issue 50 million identity cards prior to July 1, 2021.

The Prime Minister stressed that the technology to be utilized for new identity cards must be advanced technology which allows electronic transactions and saves costs for everyone. This also helps speed up the national digital transformation process, striving for a digital government, economy and
society.

Ministries, branches and provincial/municipal people’s committees have been asked to to cooperate with the Ministry of Public Security in deploying chip-mounted identity cards, using information on the cards and building platforms to be integrated into cards before granting cards to citizens.

The project on producing, granting and managing citizen identity cards, capitalized at VND2.696 trillion, was approved by the Prime Minister on September 3, 2020.

Under the project, to be implemented in 2020-2022, a unified citizen identity system will be built and put under control by the Ministry of Public Security, which comprises hardware (biometric identification system, server, workstations, peripherals, storage devices, security devices), software (commercial software, applied software), training service and infrastructure setting.

The representative of the Ministry of Public Security at an online conference held on September 9 discussing the card and reviewing the 6-month implementation of the project on national population database said that the ministry would report to the government it would activate the two systems and put them into trial operation by February 2021 before official operation in July 2021.

The salient point of the identity card project is the change in the collecting of fingerprints. It is expected that on November 1, 2020, the Ministry of Public Security will begin collecting fingerprints nationwide.

Answering questions from people on the ministry’s information portal, the ministry has affirmed the advantages of the chip-mounted identity card, including the high security level and large storage capacity.

It integrates many associated apps, including digital signature, biometric apps and one-time password apps, which can be used for public services. People will not have to bring many documents with them when conducting transactions.

Each citizen to get unique health identity code

The Ministry of Health has issued Decision 2153/QD-BYT on regulations on issuance, usage, and management of health identification.