Cambodian fled to Vietnam after being trafficked to China

A Cambodian woman has been found wandering lost in Thanh Hoa Province, Vietnam after she was tricked and trafficked to China. 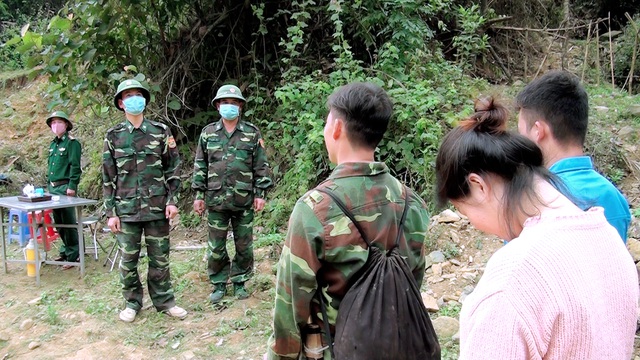 On April 14, Cao Van Cuong, chairman of Muong Lat District, said a Cambodian wandered into their area on February 29 and they were helping her with accommodation.

The police and border guards in Muong Lat District were working at Cha Lan Village when they found a wandering foreign woman who didn't have any personal papers with her. According to the woman, she was born in 1995 from Pou Senchey District, Phnom Penh, Cambodia.

The police and border guards brought the woman to the quarantine area and reported the case to Thanh Hoa People's Committee and the Department of Foreign Affairs to contact with the Embassy of Cambodia in Vietnam.

The Cambodian authorities later confirmed that the woman was one of their citizens and was trafficked to China. She was brought to Ba Vet-Moc Bai Border Gate on February 24. The Embassy of Cambodia asked Thanh Hoa authorities to help the woman while they complete procedures to bring her home as soon as possible. Due to the ongoing outbreak, they will arrange a suitable time to receive the woman.

"The Embassy of Cambodia can't receive the woman yet so she is being taken care of at our medical centre and provided VND120,000 (USD5) a day," Ho Van Trong, director of Muong Lat District, Medical Centre said. Dtinews

Deputy Minister of Foreign Affairs Nguyen Quoc Dung on April 3 handed over medical equipment worth $304,000 as gifts from the Vietnamese Government and people to their Lao and Cambodian counterparts to fight the COVID-19 pandemic.

The Vietnamese Government has decided to suspend cross-border activities of individuals at main and secondary border gates, and trails in border areas sharing with Cambodia and Laos from April 1.