At least 84 dead, 38 missing in floods in central provinces

At least 84 people have died and 38 others remain missing in floods and landslides which have ravaged 10 provinces in the central and central highlands region over the last few days. 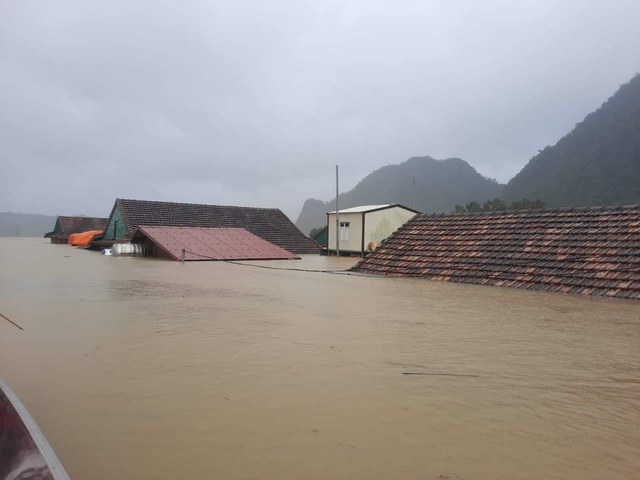 The updated figures were provided by the Central Steering Committee for Natural Disaster Prevention and Control by 5 pm on October 18.

According to the report, nearly 80,000 houses have been flooded and damaged, over 107,540 hectares of rice and other crops have been destroyed, and 461,627 cattle and poultry have died or been washed away.

Local authorities have evacuated 11,575 out of 35,787 households from Quang Binh to Thua Thien-Hue Province.

On October 17, six members of a family including a pregnant woman died after a landslide buried their house in the central province of Quang Tri's Huong Hoa District.

The same morning, a one-year-old child was also killed in a landslide near her house in the district.

On the early morning of October 18, twenty-two soldiers and officials were also buried after a landslide engulfed their base Quang Tri. 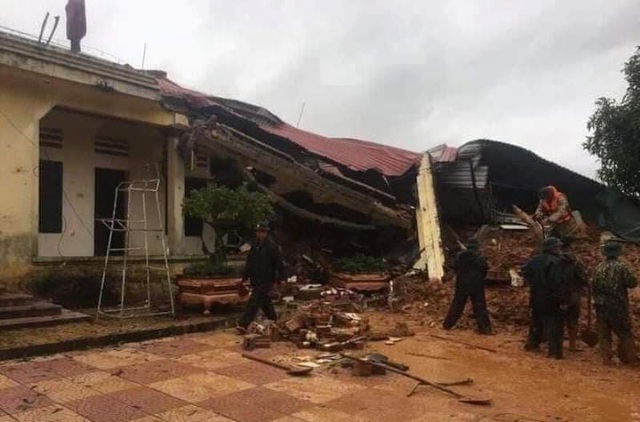 Rescue forces look for twenty-two soldiers and officials who were also buried after a landslide engulfed their base Quang Tri on October 18.

As of October 19 morning, 16 bodies have been found while rescue forces are still looking for the others. Dtinews