Hanoi residents are advised to keep warm to protect their health in the chilly cold weather. 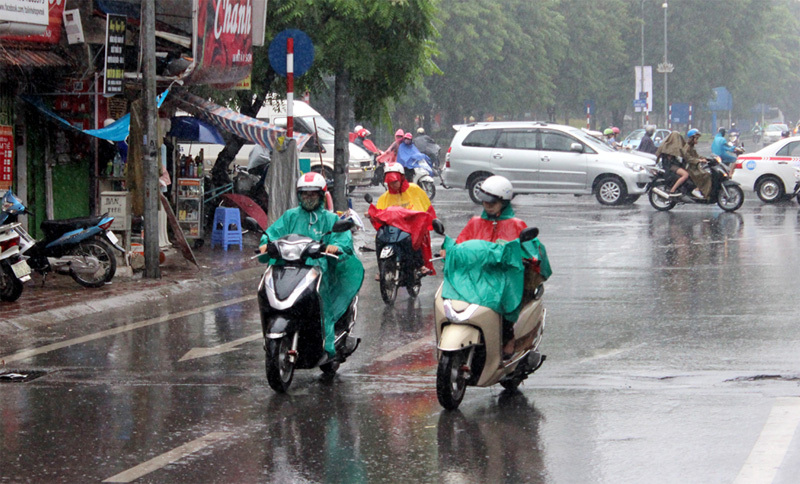 The northern region of Vietnam, including Hanoi has been experiencing another cold snap this weekend, according to the National Centre for Hydro-meteorological Forecasting (NCHMF).

As a strong cold front caused the temperature in Hanoi to drop to 11 degrees Celsius on Sunday, local residents are advised to keep warm to protect their health in the cold weather, particularly those in mountainous areas.

Temperatures in Hanoi started to dip in the early morning and the cold has been exacerbated by a light shower. Photo: Kinhtedothi,vn

Temperatures in the capital city started to dip in the early morning, and the cold has been exacerbated by drizzly weather since last night.

The weather was especially challenging for children, the elderly, and those who had to leave home early in the morning.

The intense cold snap is expected to strike the north and north central regions from January 17-18, the NCHMF said, adding that the lowest temperatures in Hanoi will be between 8-14 degrees Celsius during this time.

The temperature drops to 4-7 degrees Celsius in provinces of Cao Bang, Bac Kan, Lang Son, Ha Giang, Lao Cai, among others. Some mountainous areas such as Sapa, Mau Son and Nghe An had temperatures of below zero.

Earlier, bone-chilling cold weather has ravaged the northern region and many central localities between January 7 and 11, severely affecting local lives and production.

Around 400 schools in the northern mountainous province of Son La allowed their students to stay at home from January 11 because of the chill.

More than 100 cattle have died in some mountainous areas of Lao Cai and Quang Tri provinces due to the cold weather.

A strong cold spell hit the north and north central provinces from the evening of January 7-11, affecting local lives and production.

icon
Vietnam's third wave of Covid-19: when will it end?
icon0