‘Kha Banh’ (pretty swell) is the nickname of Ngo Ba Kha, 26, who dropped out of 7th grade. According to local police, Kha Banh has been on the police’s ‘black list’ for many years because he is a ‘bad egg’ and undesirable with complex social relations, regularly causing social disorder in the locality. 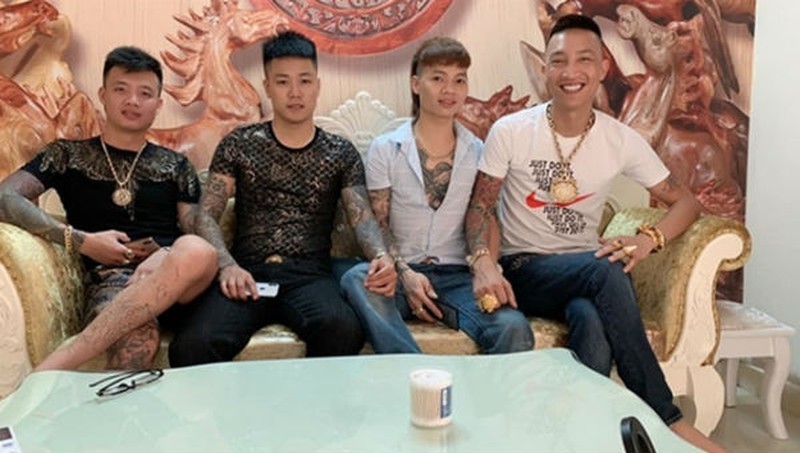 However, surprisingly, Kha Banh is an idol of many Vietnamese students. He has posted video clips with bad content on his Youtube channel which he set up in 2017. Ironically, the channel attracted millions of followers and brought Kha Banh a huge income of hundreds of millions of dong.

In November 2019, Kha Banh was prosecuted for ‘gambling’ and ‘organizing gambling’ and given a 10-year imprisonment sentence.

A high school teacher in Hanoi commented that idols for youth now are not only actors, singers, showbiz stars or talents in healthcare, science, politics and sports, but also members of the underworld and t'people, who despite the laws, catch public attention with shocking speeches and curses.

Kha Banh is not alone. ‘Huan Hoa Hong’ (Huan rose) and Thanh Chui (Cursing Hero) Duong Minh Tuyen are also well known ‘idols’. These are all personalities with a rogue history and criminal records, as well as shocking speeches and video clips with violent content.

Many parents were concerned when seeing young people, including students in school uniform, waiting for Kha Banh at the court and waving hello to him at the trial for his activity of organizing gambling.

Kha Banh is welcomed in many places. Many images of students with a red scarf on their shoulders welcoming Kha Banh and taking pictures with him in Yen Bai province were posted on internet.

Young people may imitate the behavior, words and deeds of the "idols". More seriously, the "idol" worship can lead to actions that promote extreme thinking, misleading orientation in personality development, and immeasurable dangers.

Experts have also warned of early sex and ‘live fast’ trend. A survey of some general schools in Hanoi found that 10 percent of students had had sexual relations.

The rate of adolescent abortion (from 15-19 years old) in Vietnam is the highest in Southeast Asia and 5th in the world. On average, every year, the country has about 300,000 abortions at the age of 15-19, with many having an abortion many times.

Prime Minister Nguyen Xuan Phuc has approved the national action plan on preventing and combating violence and abuse of children in the 2020-2025 period.

Vietnam has made great achievements in promoting gender equality and fighting violence against women and children, an official from the Korea International Cooperation Agency (KOICA) has said.