A hypothermia technique that protects the brain as well as cardiopulmonary resuscitation (CPR) helped save a man from Hanoi who suffered a cardiac arrest earlier this year. 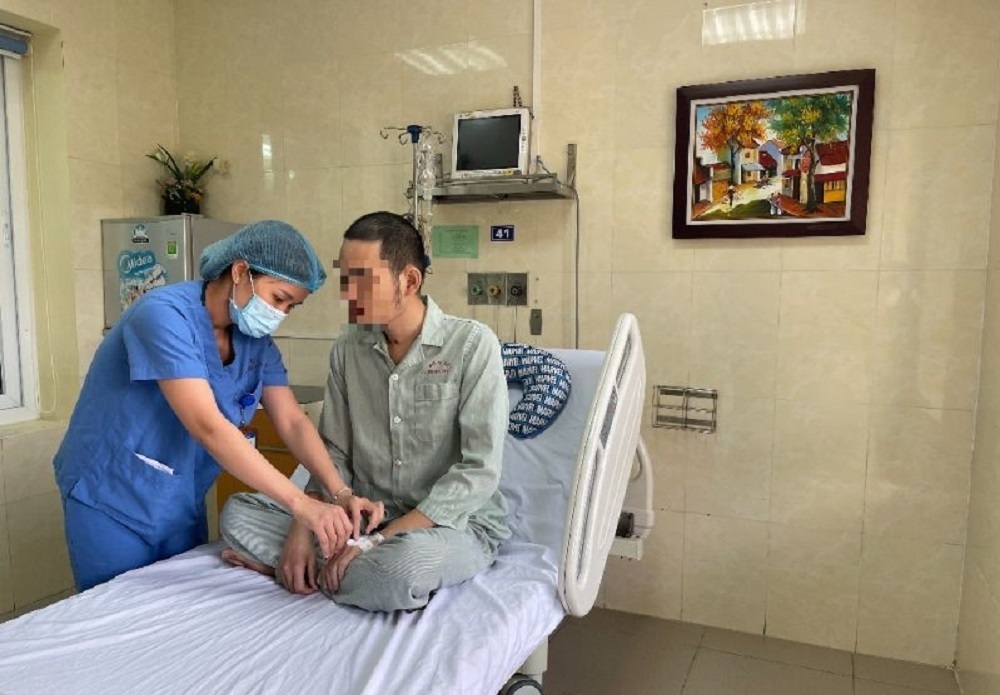 The patient has recovered from the cardiac arrest

N.A.T, 26, from Cau Giay district in Hanoi, has recovered from the cardiac arrest and apnea attack that occurred in February. He is now in stable condition and is able walk, eat and drink by himself.

T was taken by the 115 Emergency Center to E Hospital at 7:50 am on February 25. Upon hospitalization, he was in a state of apnea, cardiac arrest, pupil dilation, weak light reflection, and systemic cyanosis, with a critical prognosis.

The physicians immediately gathered to give emergency care and restore his heartbeat, but the patient was still in a coma. High-dose vasopressors were used to maintain the heart rate and blood pressure.

A consultation among doctors from the Emergency Department and the Cardiovascular Center Department of Intensive Care and Anti-Poisoning was held to detect the causes and discuss the treatment to save the patient.

The doctors decided to apply intensive resuscitation measures while trying to minimize the potential serious consequences to the patient.

A hypothermia technique, which minimizes the neurological sequelae to the patient, was chosen as well as resuscitation measures such as mechanical ventilation and continuous dialysis.

Hypothermia is a technique which keeps the patient's body at 32-36oC for 24-72 hours after successful first aid for cardiopulmonary arrest. It helps to protect brain cells from damage.

After 24 hours, the machine warms up the patients using a strict procedure that gradually raises the temperature by 0.25oC an hour until the patient has a normal temperature.

After intensive resuscitation and the 24-hour hypothermia procedure, the patient's cardiac rhythm improved, the pupils shrank, and he had clear reflexes.

On the fifth day of treatment, the patient limbs responded when stimulated with pain, and his blood pressure became almost stable again. After seven days, the patient could open his eyes when asked.

Dr Vu Hai Vinh, head of the Intensive Care Department, said that cardiac arrest is a phenomenon of many different diseases.

Many patients suffer from severe neurological sequelae after cardiac arrest, including brain damage, heart damage, and other harmful inflammatory reactions, leading to brain edema, inflammation and necrosis, which can cause brain death and mortality.

The doctors therefore chose to use hypothermia to save the patient. Research has shown that the technique reduces the mortality rate to 14 percent.

The golden time for applying the technique is no more than six hours after cardiac arrest, an expert said.

Stem cell transplants have created a revolution in the treatment of blood diseases at the National Institute of Hematology and Blood Transfusion (NIHBT).

A Vietnamese coronavirus patient described as the most critically ill in Vietnam has been discharged from hospital after making a full recovery from the disease, doctors said on March 27.