Will Vietnam's Mekong Delta be under water by 2050?

Some Vietnamese scientists believe the finding that Vietnam’s Mekong Delta will be under water by 2050 is reliable, and that Vietnam needs to be more active in implementing measures to delay subsidence and fight floods.

A study by Climate Change published in Nature Communications on October 29 pointed out that Vietnam’s Mekong Delta will be submerged under water by 2050. 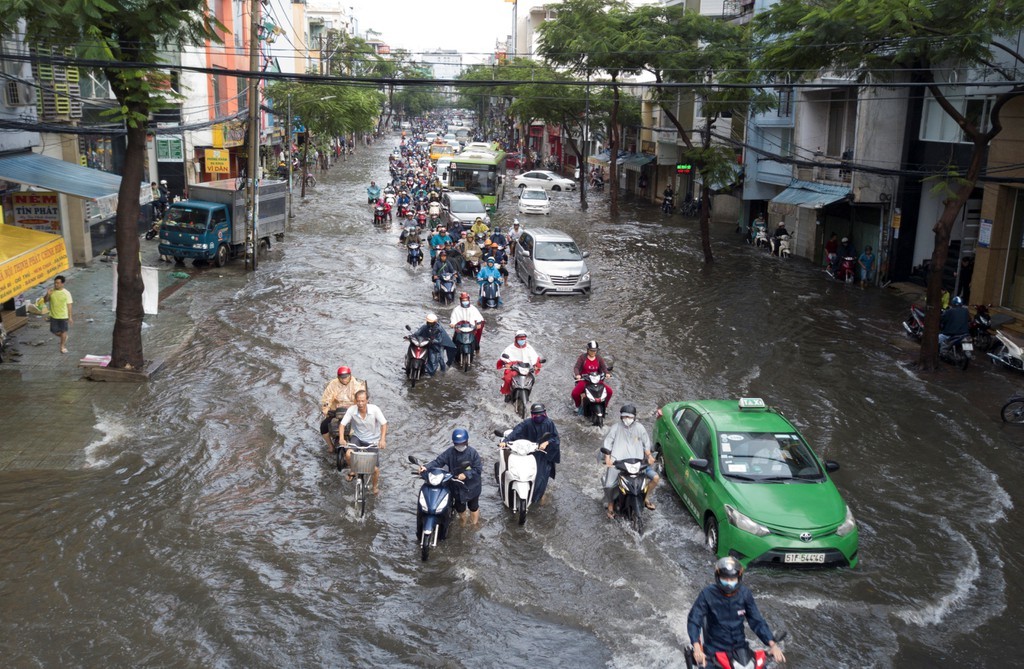 According to Tuan, previously, the scenarios about flooding were drawn up based on the national altitude landmark. However, the measurement method was inaccurate as scientists realized that the altitude landmark itself also subsides.

The method of calculating altitude with satellites applied by two scientists Scott A. Kulp and Benjamin H. Strauss, managing director of Climate Central is more reliable.

“I have found that with the new calculation method, the Mekong Delta is much lower (in comparison with the sea level),” Tuan said.

The causes of subsidence include increasing construction density, especially in big cities, together with rampant sand and groundwater exploitation. In addition, the alluvium has been trapped in hydroelectric dams and cannot go to the delta, causing the delta to subside slowly.

The Mekong Delta subsidence over the years will seriously affect national food security because this is the largest agricultural, fishery and fruit production area in Vietnam.

When the delta subsides, saltwater will intrude deep into the mainland, thus narrowing the area for rice and fruit cultivation. Freshwater fish farming will also be replaced by saltwater fish farming. This will be associated with interruption in economic, cultural and administrative activities. Pressure of migration from landless people will be a great burden for the nation.

“The Mekong Delta each year loses 500-550 hectares of land. No economic benefits would be big enough to offset the losses,” Tuan commented.

The scientist affirmed that the delta will subside as a natural process, because it has weak ground and will be increasingly compressed. However, Vietnam still needs to take action promptly to slow the process.

Government will pour more investment to the Mekong Delta

Nguyen Chi Dung, Minister of Planning and Investment, talks to the Government portal on what the country has done to help the Mekong Delta region develop sustainability.

An Giang most populous in Mekong Delta: census

Housing over 1.9 million people, An Giang is the most populous province in the Mekong Delta region, said a local official at an October 29 conference reviewing the local population and housing census in 2019.