The Axie Infinity game was made with blockchain technology with a high security level. It generates the highest revenue of any blockchain game in the world.

It is the first blockchain game in Vietnam and Southeast Asia. The security technology protects its transactions with cryptocurrency. The creator of the game is a Vietnamese team. 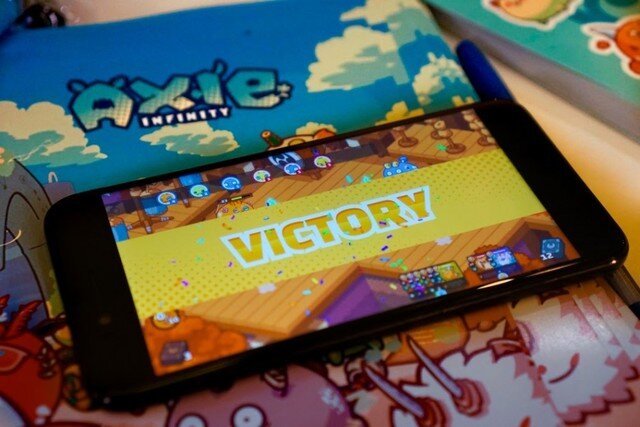 In 2012, at the age of 20, Trung Nguyen was a technical director and co-founder of Lozi, a startup running a social network for food, and a drink blogger.

When Lozi’s operation became stable, Trung left the startup and became a software engineer for Anduin Transactions in HCM City, which has an office at Silicon Valley.

Trung is very concerned about security in the cyber world, so when blockchain appeared, he immediately engaged with it.

He heard about CryptoKitties, the first game in the world using blockchain to improve security. After several months, Axie Infinity began taking shape with the support of his friends. In the game, users control Axies, fictional creatures modeled from Axolotl, a walking fish in Mexican ancient tales that has amazing resurrection abilities.

Axies live in an environment called Terranium, where they eat, drink, take a rest and multiply. Axies are also trained to become combatants and are exchanged with other users in the flea market.

Axie Infinity launched a test version in mid-2018. The initial results surprised Trung and his team: more and more money came, enough for the team to use it to develop games for the next year.

The PC game version has 3,500 players who bring revenue of $1.1 million from the users and $1.8 million from the transactions within games. According to DappRadar.com, this is a blockchain game with the highest revenue in the world.

Sky Mavis, the company which owns Axie Infinity, has signed cooperation agreements with technology giants such as Samsung, Klaytn and HTC. In summer 2019, the startup began the first round of capital call and received $1.5 million from Hashed, Pangea Blockchain Fund and ConsenSys.

Axie Infinity, the key product of the company, has created a community where members exchange information about Axies. Some veteran members have even opened classes to guide new players, while graphic products and videos related to Axie have also been generated.

Vietnam sees the possibilities of blockchain

Blockchain technology boasts substantial potential in a host of fields in Vietnam.