Will the third internet wave bring opportunities to Vietnam’s social networks that aim to gain users from Facebook?

VCCorp finally introduced its social network – Lotus – to the public in an impressive launching ceremony in late September. Lotus is expected to become a rival and gain 60 million users in Vietnam from Facebook. 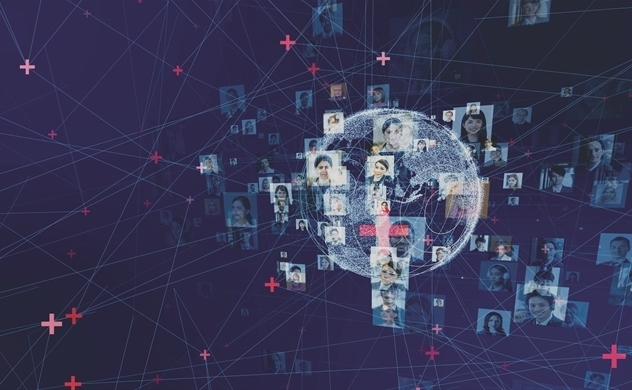 According to VCCorp, what makes Lotus become unique is Token, considered a kind of money. The firm wants to build a social network which runs like real life, where Token is money. All activities in the social networks are paid with Token. Users get a Token when creating content and more Tokens if their articles are interesting. Token is also paid for activities such as ‘like’ or ‘share’.

VCCorp’s CEO Nguyen The Tan said the developer has raised VND700 billion worth of funds for the social network.

Analysts can see the great ambition and strong determination of the social network developer, but commented that the competition between Lotus and Facebook is a struggle between David and Goliath.

Most recently, Go.vn presented itself before the public, available on three platforms – internet, telecom and TV - and stated that it would oust Facebook. But it has disappeared.

Zing Me, Banbe.net, Tamtay.vn and Yume.vn also cannot defeat Facebook as they hoped. Facebook remains the most commonly used social network in Vietnam with 85 percent of Vietnamese social network users.

According to ANTS, a market analysis firm, Vietnam spent $550 million on online ads. Of this, $235 million was spent on ads on Facebook, $152.1 million on Google.

Vietnamese ad firms/networks such as VCCorp, Admicro, VNExpress, Eclick, 24H Zing and Adtima all earned $150 million. As such, Google and Facebook alone held 66.7 percent of the Vietnam’s ad market share in 2018

ANTS predicted that the revenue of ads on Facebook, Google and Vietnamese networks will continue increasing rapidly.

Vietnamese firms understand that they would have to compete with a giant when developing social networks. However, they have continued.

Gapo, a social network for youth, has received investment of VND500 billion from G-Capital. The money will be used in the first phase of operation which aims to obtain 50 million users.

Ha Trung Kien, the founder of Gapo, said that social networks like Facebook are, after all, are foreign and they have certain limitations serving Vietnamese users.

How will Vietnam’s social networks compete?

Lotus, the newly launched ‘made in Vietnam’ social network, aims to focus on distributing content for press agencies and entertainment content producers.

Made-in-Vietnam social network Lotus to be launched this week

VCCorp has announced that the pilot version of its VND700 billion ($30.1 million) Lotus social network will officially be launched on September 16.