A social network, called Gapo, created by Vietnamese and designed for Vietnamese youth, has been launched.

With the investment of VND500 billion, the social network strives to have 50 million users and will compete directly with Facebook. 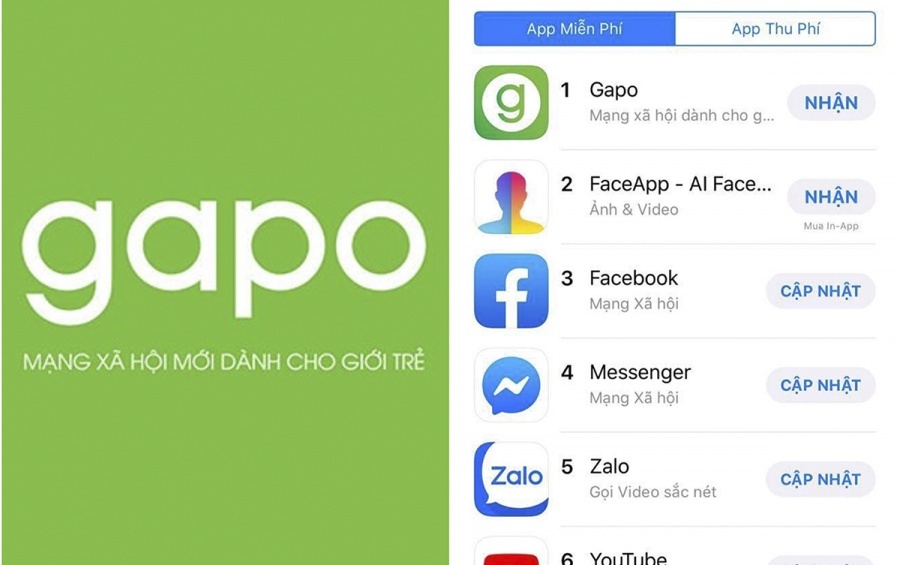 Gapo said it has received commitment from G-Capital for an investment of VND500 billion, which will be used to obtain 50 million users in the first phase of development.

Gapo said it will focus on personalizing users’ experience, especially young people, with the features of changing personal page interface. Users will be able to design their own personal pages with customized wallpapers, colors, and more.

Like other social networks, Gapo will also allow users to make friends and chat online. Gapo users can interact with each other through posting articles, comments, sharing and showing emoticons.

Nguoi Lao Dong noted that while Facebook uses blue as the major color for its interface, Gapo uses green. However, Gapo’s design, layout, structure and uses are similar to Facebook.

Responding to the government’s call on developing Vietnamese owned social networks, made-in-Vietnam networks have come out, including VietnamTa and Hahalolo. However, the social networks cannot catch attention from the public because the interfaces are not friendly and the downloading is slow.

The statement about the targeted 50 million users and the huge investment of VND500 billion has surprised technology experts.

“I find the statement too ambitious. At present, Facebook is dominating the Vietnamese market with 60 million users,” an expert said, adding that other Vietnamese networks appeared and competed with Facebook, but they died young because they did not have strong financial and technological capability.

“It is very difficult to compete with the giant Facebook,” he commented.

Just one day after the debut, on July 23, the ‘made-in-Vietnam’ Gapo unexpectedly surpassed the two giants Facebook and Youtube to jump into the No 1 position at App Store with 100,000 downloads.

The web version of the social network has not been launched yet, which means that users now can use it only on mobile phone.

Besides, a breakdown occurred with Gapo on July 24. Users could not log into their accounts, or their connections were interrupted. The reasons have not been found. Gapo announced it would need to suspend operations so it might repair errors.

Ha Trung Kien, CEO of Gapo Technology JSC, said it took the company only three months to develop Gapo. Therefore, people have raised questions about the readiness of Gapo.

Many users of Vietnam’s social network Gapo, which began operating on July 23, have complained that they could not log into their accounts, or their connections were interrupted.

Hahalolo, the first social network on tourism developed by a Vietnamese startup, was officially launched in HCM City on June 10.