Professor Duong Quang Trung, 41, has been appointed to the position of Research Chairman for the 6G telecommunications network of the UK's Royal Academy of Engineering. 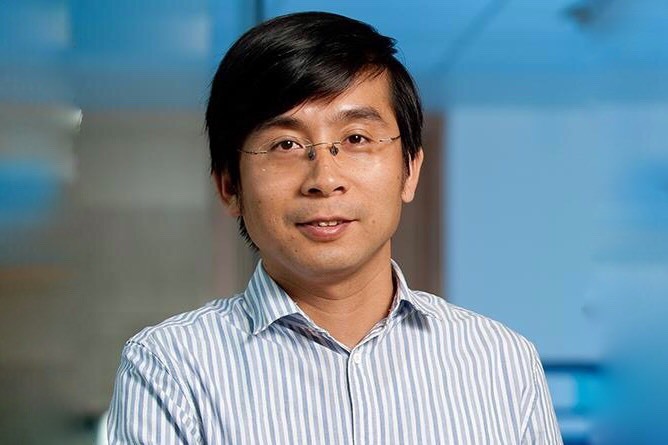 The Royal Academy of Engineering has appointed four Research Chairs and two Senior Research Fellows at universities across the UK. These are scientists who will spend the next five years working with some of the world's largest companies to tackle challenging global issues such as antibiotic resistance, the reduction of energy use and emissions, and mobile device reliability and AI-supported communication system development.

Professor Trung was recently appointed a Reader (a third-ranked professor on a four-rank scale) at Queen’s Belfast University (one of the top 24 universities in the UK), has been selected as Research Chair on the issue of 6G telecommunications network "zero-latency and ultra-reliable connection under the framework of 6G”.

The professor said that wireless communication and related technical technologies have been shaping the world in an unprecedented way, especially in the current war against Covid-19.

“The growing number of mobile and wireless devices is generating exponential growth in data traffic. The growth rate of nearly 10,000 times is expected to occur in 2030,” said Prof. Trung.

Prof Trung believes that the 6G network, in addition to focusing on fast data transfer speeds, also solves the specific needs of IoT (internet of things) devices by achieving two goals: maintaining extremely high reliability (99.999% of 5G) and reducing latency to close to zero (the time between current data transmission and reception is about 1ms for 5G).

"The world is changing rapidly thanks to the advancement of 5G networks. But my passion is 6G network. This aims to create a future that benefits society as a whole, such as remote medical diagnostics and surgery, self-driving cars, virtual reality and augmented reality for education, healthcare, and entertainment… ”.

Prof. Trung was born in 1979 in the historic town of Hoi An in Quang Nam province. He graduated from Tran Quy Cap High School, Hoi An, then became a student at Ho Chi Minh City University of Technology and graduated with a degree in telecommunications with honors. He received a full scholarship from the Korean Government, obtained a master's degree, and completed his doctorate in telecommunication systems in 2012 with a full scholarship in Sweden.

Prof. Trung was also one of the eight winners of the prestigious Research Fellowship of the UK's Royal Academy of Engineering five years ago for young researchers from 2015 to 2020 and received the prestigious Newton Prize 2017.

For his contributions to scientific and educational cooperation between Vietnam and the UK, Prof. Trung was honored by the former British Ambassador to Vietnam, Mr. Gareth Ward, for his important contributions in research on the 45th anniversary of the UK-Vietnamese diplomatic relations (1973 - 2018).

He was featured on the cover of the publication "25 years in Vietnam: the story so far…", which describes the strength of cultural relations and cooperation between the UK and Vietnam. The article described Trung as a success story and a shining example of the capacity to build research programs between the two countries.

The Swiss Vietnamese Medical Association (HELVIETMED) announced that three Vietnamese scientists have won the Alexandre Yersin Prize for outstanding medical publications, according to the Swiss Consulate General in HCM City.

Scientists use Vietnamese herbs to make products to prevent osteoporosis

Using nanotechnology, researchers from the Vietnam Academy of Science and Technology have created an anti-osteoporosis product from violet ba kich (Morinda officinalis). 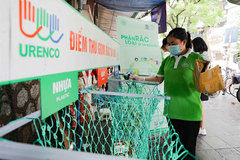 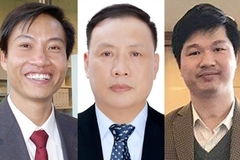 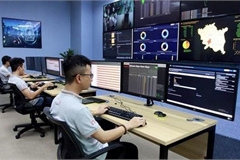 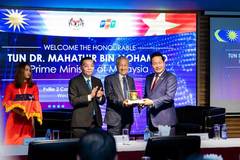