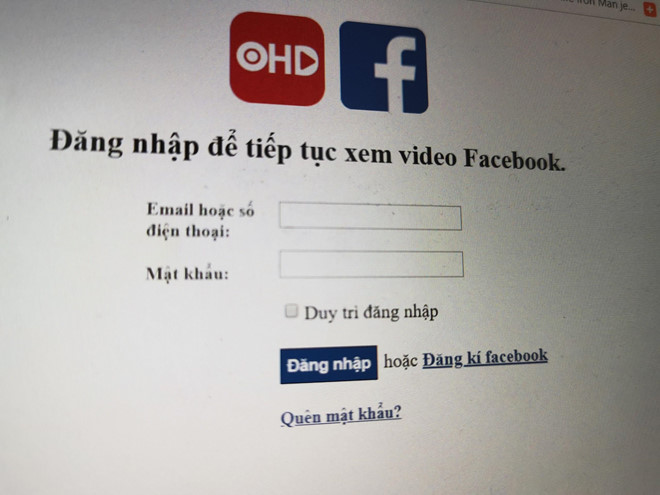 Tai was watching an unlicensed movie on a website named Phim*** when he saw a comment inviting him to click a link to watch films with higher quality.

“The movie I watched on Phim*** had low quality. Therefore, I clicked the link, hoping that I could have higher quality film to watch. Soon after I logged in, my account was hijacked,” he said.

According to Trong Nhan, an expert on Facebook in HCMC, when accessing associated links, users will be asked to declare their Facebook accounts.

“The websites have an interface similar to Facebook. Therefore, hackers can easily cheat many users,” he said. He advised people not to log on websites which don’t have the domain name ‘facebook.com’.

“The comments are posted by counterfeit accounts which just aim to conquer users’ confidence,” Nhan said.

Appearing years ago, phishing still can deceive people because hackers regularly change the way of deceiving. They understand users and know how to persuade them to fall into their traps.

A source said that Facebook accounts, after being hacked, will be classified and used for many different purposes.

First, hackers will read messages to find out if there is information about bank cards exposed. If so, hackers will use cards to make payments online on websites, or use the cards to run Facebook ads.

In addition, hackers will analyze the relations of users and the lists of friends to carry out phishing under different modes.

The accounts, after being hacked, will also be used to send messages to cheat friends, invite them to buy scratch cards, and transfer money.

The phishing of this kind once occurred three months ago. On June 17, many users said they were invited to click a link to vote for Giong Hat Viet Nhi 2019, a game show. When accessing the website, the users were asked to declare Facebook accounts to vote.

Since the beginning of 2019, there have been three social networks established in Vietnam.