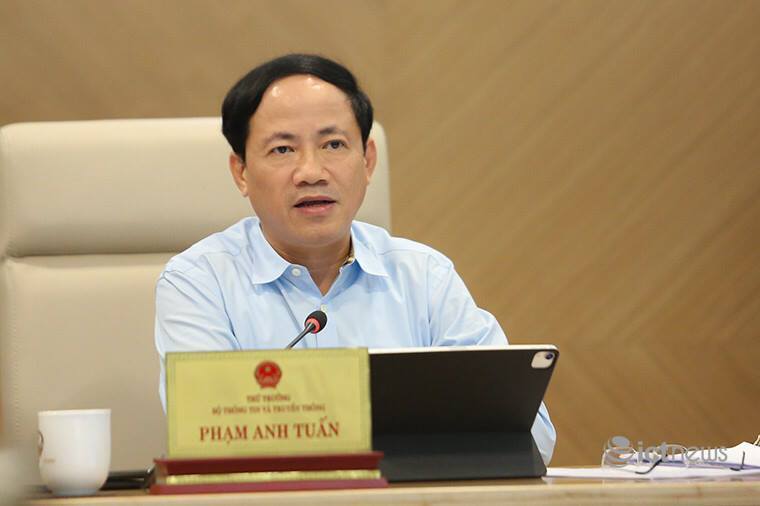 Tuan recently presided over an online conference on Plan 1034 on bringing agricultural production households to e-commerce sites, promoting the development of the digital economy in agriculture and rural areas.

Under the plan, approved by the Ministry of Information and Communications (MIC) in late July, farming households will be supported to enter e-commerce sites to connect, advertise and introduce their produce. This will help them get new distribution channels, and expand domestic and international markets.

Vietnam has 9 million agricultural production households and 4 million private business households. All the households will be brought into e-commerce sites and this will be the first breakthrough to be made in developing the digital agricultural economy.

Nguyen Trong Duong, Deputy Director of the Business Management Department under MIC, said this is the major force to deploy a digital agricultural economy.

MIC chose to begin with human resources, because people are the most difficult factor in digital transformation and digital economy development. When including farmers on e-commerce sites, they will see the benefits in selling and buying goods via e-commerce sites.

“MIC will put 12-13 million agricultural production and private business households on e-commerce sites and help them introduce products. This is the biggest goal of the ministry in the immediate time,” Tuan said. The figure is 5 million households by the end of the year.

According to Nguyen Cong Thanh, Director of the Ha Tinh Department of Information and Communications, the province now has 160 OCOP (one commune one product) and VietGap products. Some products have been on e-commerce sites, but the number is very modest.

Like other localities, Ha Tinh’s people still don’t have the habit of selling products under the new method. The infrastructure is still not good enough. Also, the difficulties in product traceability and logistics are also problems.

Nguyen Quoc Toan from the Ministry of Agriculture and Rural Development (MARD) reported that 7,987 households and 14,594 products have been put on e-commerce sites. The total farm produce transaction value is VND944 billion.

However, he emphasized the need for e-commerce sites as an additional consumption channel for farmers and its importance, especially in the context of the pandemic.

Minister of Industry and Trade (MoIT) affirms that Vietnam's export goods do not contain the SARS-CoV-2 virus, unlike some sources have stated.

icon
One QR Code to be used for all anti-Covid apps, technological platforms
icon0