The campaign took place amid the complicated developments of the COVID-19 pandemic in Vietnam and other countries worldwide. 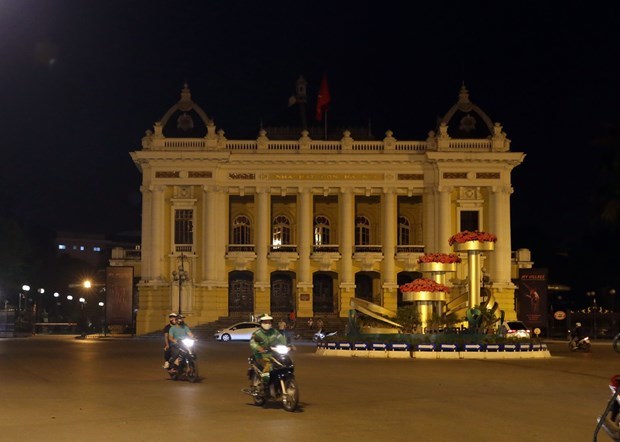 The Electricity of Vietnam (EVN) and its member companies nationwide encouraged organisations, offices and customers to switch off uncessary electrical devices during Earth Hour.

The event, launched by the World Wide Fund for Nature (WWF) in Vietnam and the Ministry of Industry and Trade, has received warm response from people across 63 cities and provinces.

He called on offices, organisations, businesses and people throughout the country to actively join the Earth Hour campaign via practical deeds to protect the environment and natural resources, as well as reduce greenhouse gas emissions, thus contributing to global climate change adaptation.

This year’s event focused on the theme “loss of biodiversity” to raise public awareness of the depletion of natural resources and change of habitats on earth, causing widespread biodiversity loss.

It calls on organisations and individuals to take actions to save energy, limit the use of plastics and say no to wildlife consumption, as well as join hands with the international community to realise goals to cope with climate change and protect the green planet.

Earth Hour – an initiative of the World Wide Fund for Nature - is the largest social event in the world, which has been observed in 7,000 cities and towns across 172 countries and territories.