Vietnam cherishes a ambitious plan to become one of the first countries trying 5G, called the ‘highway of the digital economy’.

Viettel recently completed the integration of network infrastructure and tried transmission from its first 5G station in HCMC. 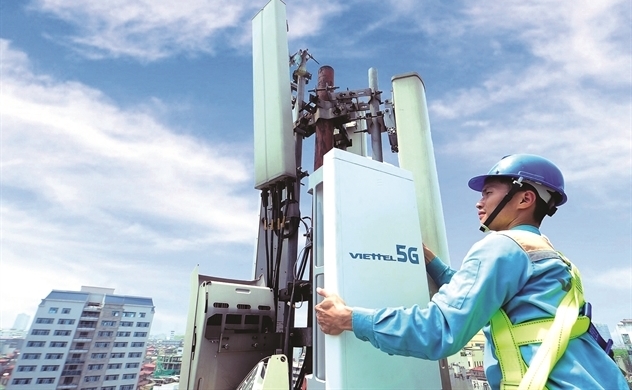 Tao Duc Thang, deputy CEO of Viettel, said the trial will give information to Viettel about bandwidth, coverage area and applications before it begins commercialization, slated for 2020.

As one of the countries first trying 5G and setting up infrastructure to master the technology, Vietnam nurtures great ambitions deploying 5G.

According to Minister of Information and Communication Nguyen Manh Hung, 5G will create basic changes in many vertical industries, including smart factories, transport, healthcare, agriculture and smart cities.

5G also creates a new industry that produces thousands of billions of devices, as well as activates innovation in almost every industry and creates unlimited connectivity for all.

However, according to European telecommunication suppliers, the upgrading of 4G network and deployment of 5G may make the capital cost increase by 60 percent for 2020-2025.

With heavy investment in 3G and 4G, the revenue from data service of the three biggest mobile networks operators just accounts for less than 30 percent of total mobile service revenue.

According to deputy CEO of VNPT VinaPhone, the data output of VinaPhone has increased by twofold, but the revenue just accounts for 24 percent of mobile service revenue. As for MobiFone and Viettel, the revenue from data accounts for 27 percent.

Meanwhile, to run 4G, the investment capital is no less than $500 million.

In addition, subscribers use smart apps such as e-hailing, shopping and booking. However, the demand can be satisfied with 3G and 4G.

Analysts said in order to develop 5G, there should be associated apps such as self-propelled vehicles, remote surgery or IoT. In Vietnam, the demand for these remains very modest.

The deployment of 5G isnot necessary, some say. 4G is described as a ‘technology demonstration’, rather than commercial exploitation.

However, policy makers decided to develop 5G soon in Vietnam because they strive for strategic digital economy development.