Vietnam marches towards 5G, but waveband not ready for 4G

The first 5G BTS (base transceiver station) has been set up by mobile network operators. However, it is unclear when 5G licenses will be granted since the waveband for 4G is not ready.

In order to license 5G, it is necessary to ‘clear the way’ by removing policy barriers to license 4G first. The work still has not been completed though it began several years ago. 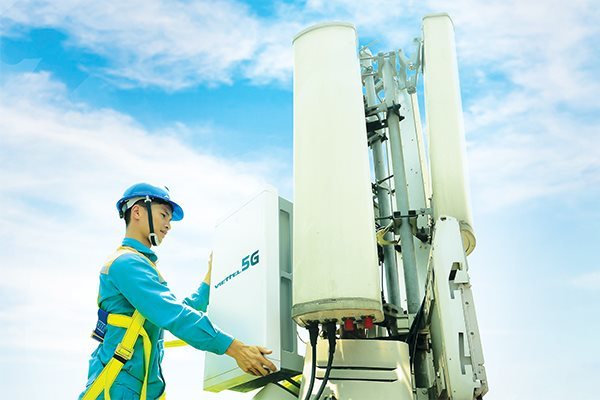 On August 9, Viettel announced the first trial transmission from its 5G station in HCMC and the plan to transmit from 10 stations in August. Prior to that, it made the first 5G call in Hanoi in May.

Tao Duc Thang, deputy CEO of Viettel, said the trial will give information to Viettel to assess the waveband, coverage area and apps on 5G before it puts into commercial exploitation by 2020.

Besides Viettel, the Ministry of Information and Communication (MIC) also licensed MobiFone and VNPT-VinaPhone to try 5G.

Mobile network operators want to try new technology not just because they want to keep up pace with the world, but also because they strive to satisfy the growing data usage needs of mobile users.

While the operators are preparing to deploy 5G, they still have not received licenses to use 4G waveband.

In fact, mobile network operators are providing 4G services, but on abundant waveband, or waveband granted before to develop 2G (1800 Mhz) and 3G (2100 Mhz).

That is why subscribers complain that 4G services have low speed, nearly the same as 3G.

The waveband granting in Vietnam is divided into two phases. Before the Radio Frequency Law took effect on July 1, 2010, the granting was implemented based on firms’ capability and demand. After the law took effect, the wavebands with high economic value is granted based on auction, or competition.

However, since the law took effect, Vietnam has not granted any new waveband. The frequency bands being used by network operators were all granted before. The waveband for 3G was granted through competition in 2008, while 4G waveband will be granted.

To date, 2600 Mhz waveband still cannot be put into auction. Meanwhile, mobile network operators all said with the current number of 4G, they don’t have sufficient waveband to develop 4G subscribers. The 4G quality is still not good and is partially because of the lack of wavebands.

Digital transformation is an inevitable trend in developing and developed countries alike. 5G networks are going live in many markets and it promises to deliver significant socio-economic benefits.