The Vietnamese Government has engaged in various international commitments to enhance management and preserve vulnerable and endangered marine turtles, said Director General of the Directorate of Fisheries Tran Dinh Luan on October 21.

He made the statement at the 8th Meeting of Signatories to TheIndian Ocean - Southeast Asia (IOSEA) Marine Turtle Memorandum of Understanding(MoU), saying Vietnam has engaged in the IOSEA Marine Turtle MoU in 2001, theMoU on ASEAN Sea Turtle Conservation and Protection in 2012, and the Conventionon International Trade in Endangered Species of Wild Fauna and Flora in 1994.

There are five marine turtle species in Vietnam: green sea turtle, hawksbill,olive ridley, loggerhead and leatherback. These species have been put in theInternational Union for Conservation of Nature’s Red List of ThreatenedSpecies, and the Vietnam Red Data Book.

At the event, Vietnam recommended Con Dao National Park as a member of theIOSEA Marine Turtle Site Network. This is a vivid illustration for the VietnameseGovernment’s commitment to preserving the rare animal, and preventing poachingtowards sustainable and responsible seafood exploitation.

Prime Minister Nguyen Xuan Phuc has approved a programme for conserving endangered sea turtle species of Vietnam until 2025, with a vision to 2030.

Baby turtles (Cheloniidae) hatched from eggs that had been moved to a beach in the Cham Islands' Marine Protected Area (MPA) were released into the ocean last weekend by the MPA's management board.

icon
iPhone 11 price falls after one month in Vietnam
icon0 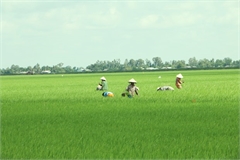 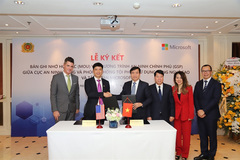 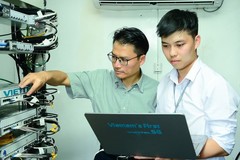