Running across the northwest highlands of Lai Chau, Dien Bien, Son La and Hoa Binh before going down to Phu Tho to merge into the Red River, DA River makes a great contribution to the national grid system.

A report from EVN in 2017 showed that the electricity output from five power plants on the Da river made up 14.4 percent of the total output of the entire system. 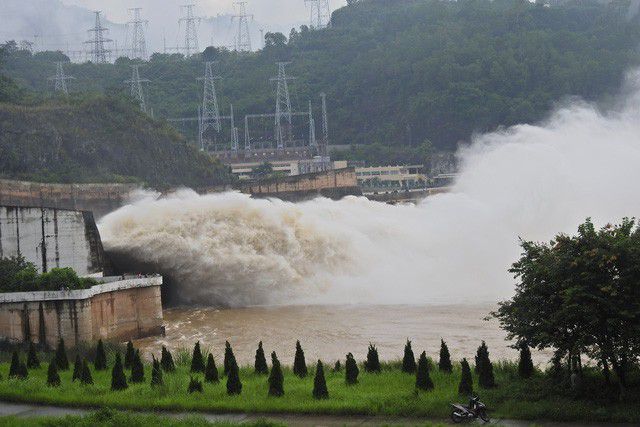 However, hydropower plants, witj their dams and reservoirs, can help control floods, discharging water to provide water to irrigate rice and crops in the Red River Delta in the dry season.

Pham Van Ty, a member of the advisory board on safe operation of hydropower plants on the Da river, emphasized the importance of close cooperation in providing information among institutes, local authorities and hydropower plants’ board of management.

“There should be seamless coordination between the Institute of Geophysics and the management boards of hydropower plants,” he said.

Hydropower plants are all equipped with equipment to monitor earthquake acceleration and its impact on the dams. However, the officers at the plants are not as professional as researchers at the Geophysics Institute in analyzing figures.

Ty, a researcher with experience in geological engineering from the University of Mining and Geology (Hanoi), made a proposal based on his observations about the locations of hydropower plants (large reservoir area and capacity with height of up to 100 meters), and on the Geophysics Institute’s conclusion that the region has with the strongest earthquake activity in Vietnam. The information will allow quick responsed to emergencies.

During the operation of hydropower plants on Da River in recent years, many problems have arisen that are beyond the capacity of one branch, locality and one plant board of management.

One of the problems is the change of the Red River current with the water level going down and the river bottom level lower than before, mostly because of illegal sand exploitation.

In the dry season, water reservoirs discharge water for farmers to irrigate fields, but the water level cannot reach the 2.2 meter level as expected, according to deputy general director of EVN Ngo Son Hai.

As a result, the water volume which can be taken in the lower course has been decreasing, 67 percent in 2017, and 14 percent in 2019, according to Deputy Minister of Agriculture and Rural Development Nguyen Hoang Hiep.

Experts have also expressed their concern about the decrease in volume of alluvium on Da River. It is estimated that only 10 percent of fine sand particles can go downstream.

The International and Vietnam Mekong Commissions have protested, but Laos is implementing its plan to build more hydropower dams on the Mekong mainstream, reported Saigon Economic Times.