Hanoi farmers burning straw in suburban areas after harvesting has continued worsening the air pollution in the capital.

The roads in My Dinh urban area and Thang Long Avenue or Tran Duy Hung and Pham Hung streets are often covered in smoke and the smell of burning straw. The farmers in Quoc Oai and Thach That districts also burn straw en mass to prepare for new crops.

Since the smoke covers Thang Long Avenue, it also threatens the traffic safety. Moreover, inhaling too much carbon monoxide from straw burning can cause adverse reactions such as breathing difficulties and coughing. It can also lead to many lung illnesses, including lung infections.

"The straw is burnt before the tractors are used. We often burn fresh straw to prepare the land for new crops and the fresher the straw is the more smoke there will be," said farmer Nguyen Van Ly in Quoc Oai District.

Many farmers believe that the burnt straw will bring much nutrition to the fields. They often burn straw in the early morning.

Some photos of the scene: 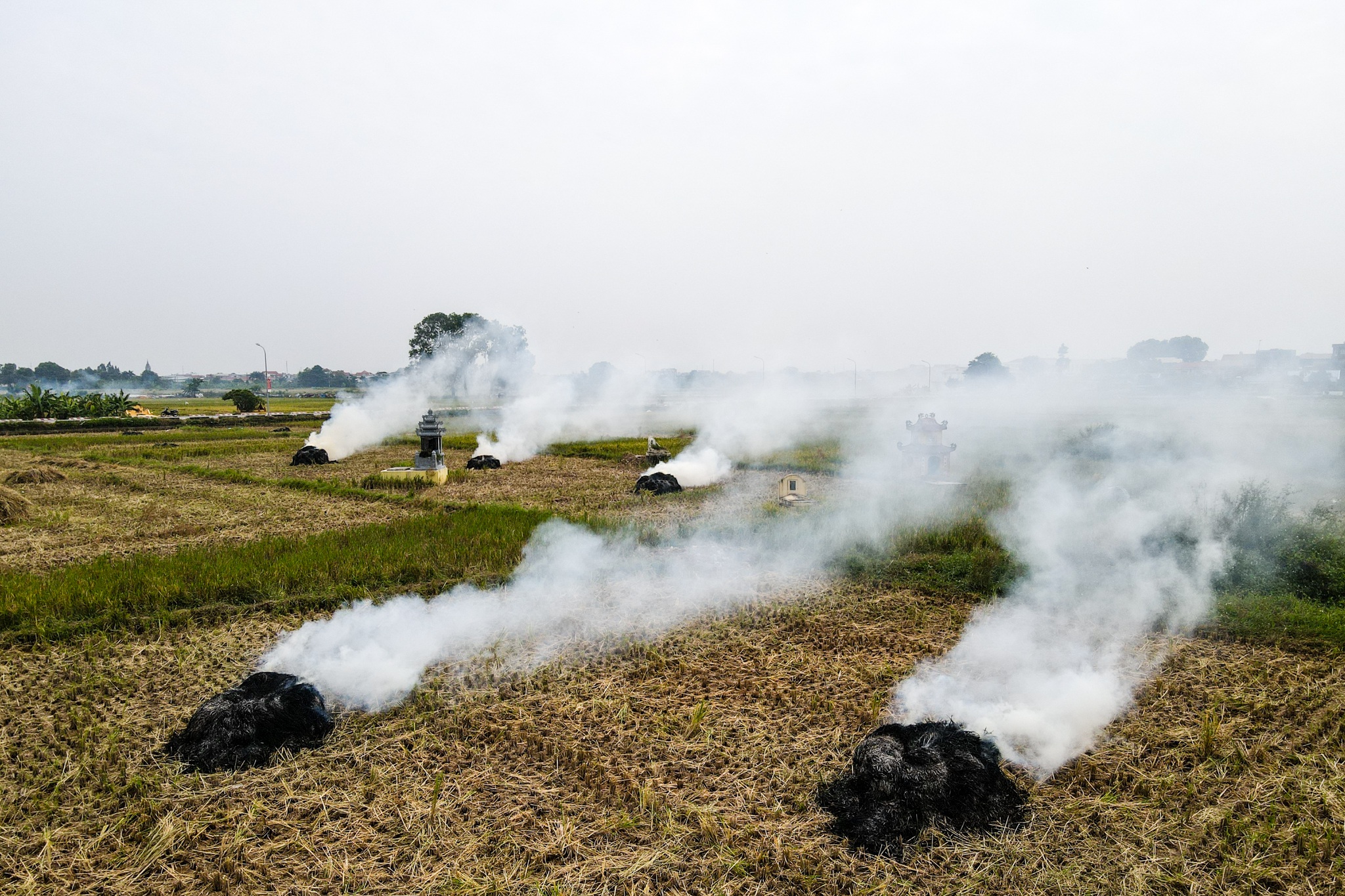 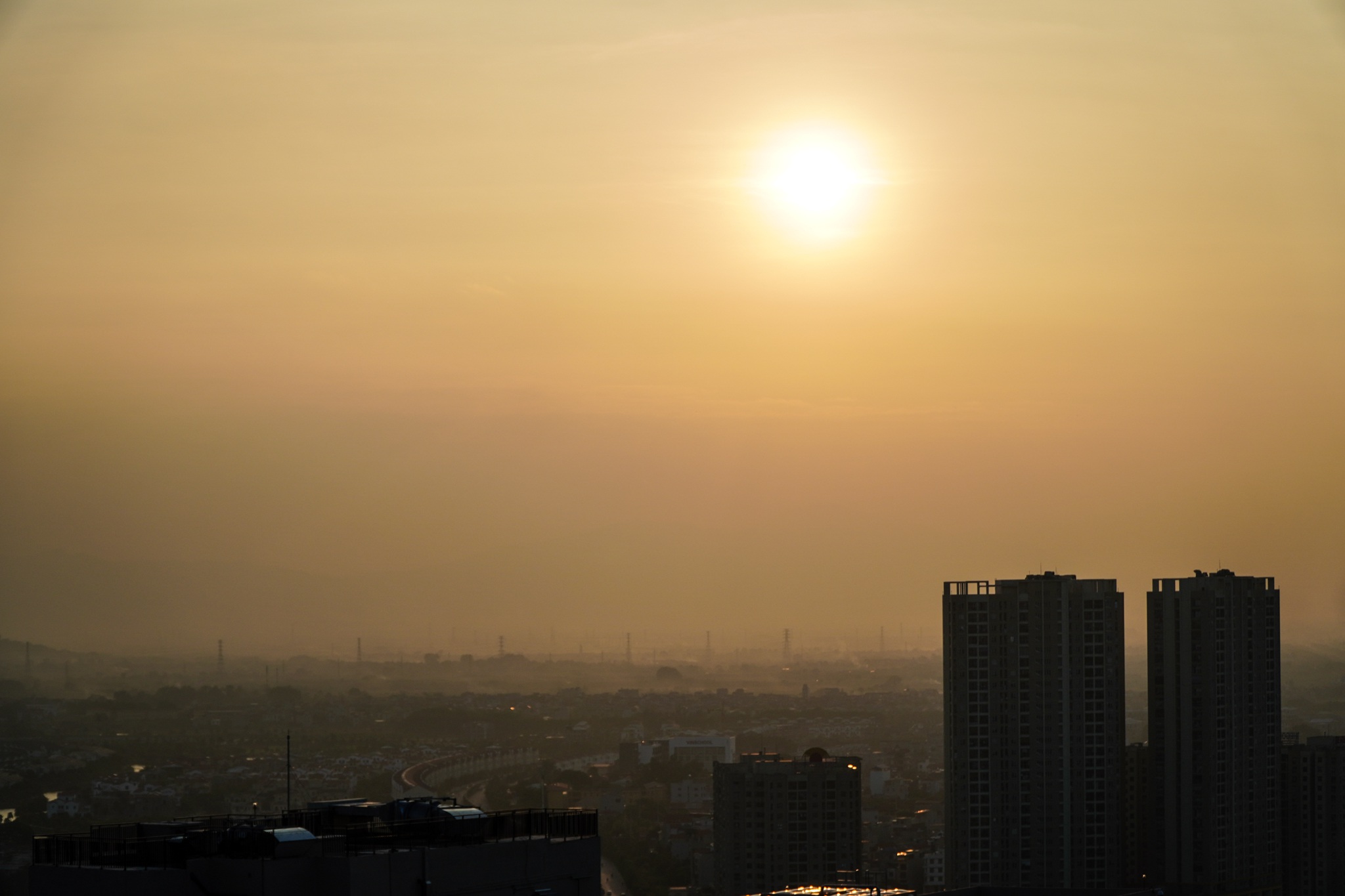 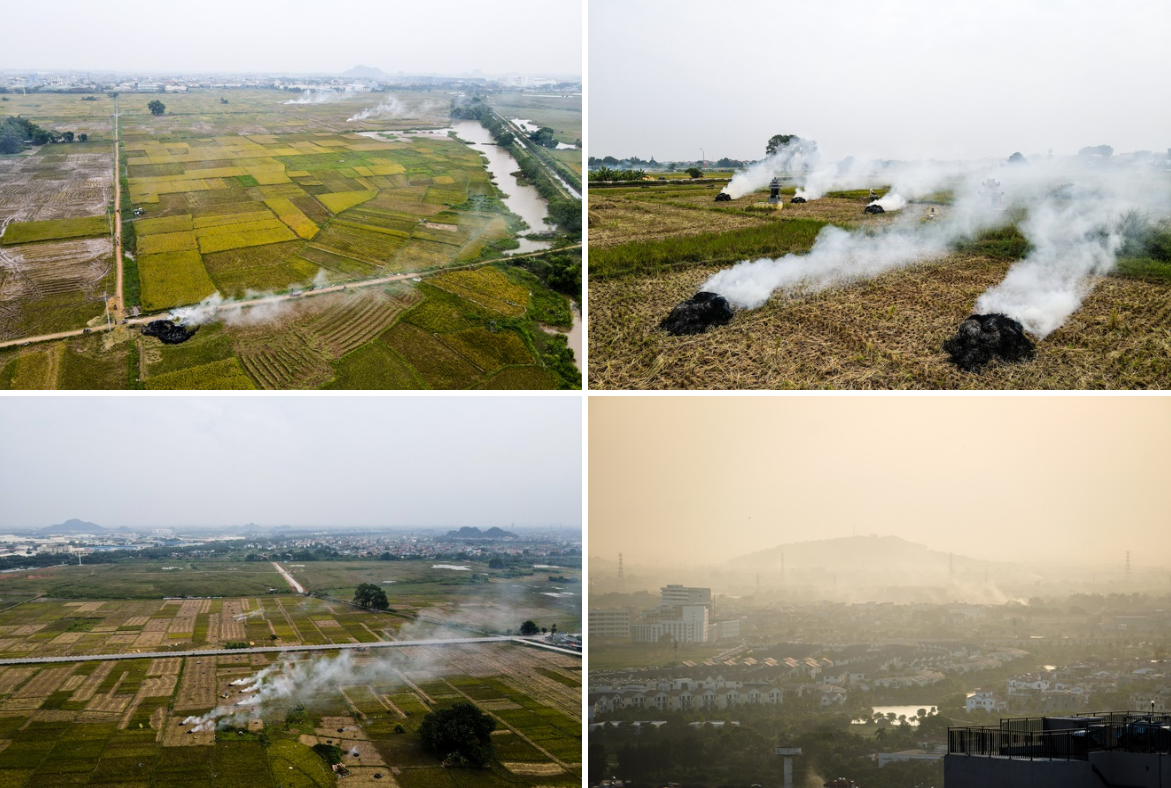 The burning of straw, plant byproducts and other waste on fields near airports produces smoke that affects visibility for pilots and poses a high risk to flight safety, said an official from Northern Airports Authority..