Nanogen, a Vietnamese biotechnology and pharmacy firm, has published two scientific articles on the results of research on the Nanocovax vaccine. 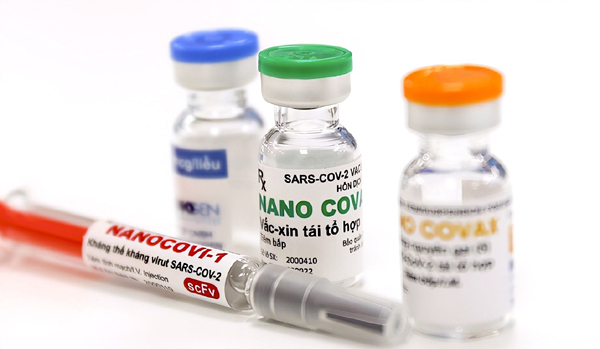 Nanocovax developed by Nanogen is in the third phase of a clinical trial. It has been given to 13,000 volunteers, and the final shots are being implemented before the preliminary report is released in late August or early September.

According to Nanogen, the publishing of experimental data in scientific journals will help increase the reliability of the research, and open the research up for opinions and comments from scientists around the world.

In an article published in MedRxiv, Nanogen’s scientists mentioned the safety and immunogenicity of the Nanocovax vaccine.

All volunteers had to undergo screening, have clinical and biological examinations and have tests (complete blood count, biochemistry, urinalysis, pregnancy testing, and imaging studies). Those who had had Covid-19 or tested positive for SARS-CoV-2 were not eligible for the trial.

In the second phase, 480 volunteers received vaccines at three dose levels, while the other 80 were injected with a placebo.

The side effects were mild and they finished within three days . There was no serious side effect related to the vaccines.

After the first and second phases, the research team could prove that Nanocovax has high safety. Most side effects and level-1 serious effects ended after 48 hours.

The research team concluded that Nanocovax vaccine is well tolerated and produces a strong immune responses. The team wants to select a 25 mcg dose for the phase 3 trial to assess the effectiveness of the vaccine.

Ho Chi Minh City, the country's current largest COVID-19 hotspot, is estimated to need 5.5 million doses of vaccine in August, according to the municipal People’s Committee’s proposal on vaccine distribution.