To help deal with plastic waste, the Philippines plans to soon put into use a new 25 million peso (481,877 USD) garbage-disposal plant in Metro Manila, the Nikkei Asia Review reported on September 14.

The plant is expected to pulverise about 1 tonne of plastic a day, equal to about 400,000 sachets of shampoo and instant coffee, to make sidewalk blocks and other products.

The country is also getting serious about plastic waste imported illegally from developed countries as it announced in August that it would impose a three-month moratorium on waste-related imports. It has even sent some back to Canada, which had been discovered shipping waste illegally to the country for years.

More than 8 million tonnes of plastic is dumped into the world's oceans each year, with China and four other Asian nations accounting for the majority of this. Meanwhile, the mountains of plastic waste produced globally had largely gone unnoticed until China began reducing waste imports in 2014 before banning them outright in 2018.

With nowhere to go, the waste found its way to Southeast Asia, with the Philippines seeing plastic waste imports rise 150 percent from 2016 to about 11,800 tonnes in 2018.

Following Duterte's tirade, the Philippine Department of Environment and Natural Resources announced the three-month moratorium. A department official urged businesses to take the waste matter seriously and promised to cooperate with them in their efforts to tackle the problem.

The Global Alliance for Incinerator Alternatives has heavily criticised multinationals' reliance on single-use plastics, saying that nearly 60 percent of plastic packaging in the Philippines comes from 10 multinational companies, including Nestle, Unilever and Procter & Gamble.

Moreover, investors are beginning to focus on environmental, social and governance (ESG) investment principles so businesses cannot afford to ignore the issue.

Many other Southeast Asian countries are also unhappy with multinationals over the vast amounts of plastic waste they generate. This has prompted about 40 companies – including Dow Chemical and BASF – to establish the nonprofit Alliance to End Plastic Waste in January./. VNA

icon
Hope for pangolins as protection boosted in China
icon0 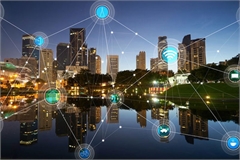