As many as 5,168 cyber-attacks were recorded on information systems in Vietnam in 2020, a year-on-year decline of 0.15 percent, according to the Ministry of Information and Communications’ National Cyber Security Centre (NCSC).

In December alone, the country was hit by 315 cyber-attacks, falling by 54.48 percent compared to the previous month, and 0.94 percent year-on-year. 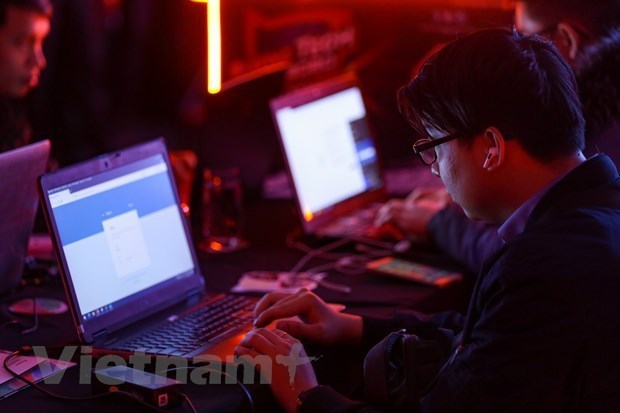 Staff of banks and financial organizations join a drill on cyber security in 2020. (Photo: VNA)

The campaign to review and remove malware nationwide in 2020 has achieved positive results. The number of IP addresses of computers in virus-infected computer networks (IP Botnet) has decreased sharply.

The number of Botnet IPs has nearly halved to over 1 million from more than 2 million in the period from June 16 to July 15, 2020.

Statistics from the NCSC also show that the campaign, which was hosted by the Ministry of Information and Communications and implemented by NCSC in coordination with corporations including VNPT, Viettel, BKAV, FPT and CMC, has been actively supported by the community.

Over 1.2 million computers were scanned, detecting more than 400,000 of those infected with malware.

Through over 8 million visits to the campaign via websites and social networks, many individuals and organizations have participated in inspecting, processing, and removing malware for thousands of computers of individuals and businesses for free. Out of over 1.2 million computers reviewed, about 400,000 were found infected with malware.

In addition, the number of individuals and agencies giving feedback on the campaign reached more than 23,000.

Previously, from October 1, 2020, on the campaign's website at https://khonggianmang.vn/chiendich2020, NCSC launched a real-time map of the results of the malware review by region in Vietnam, and a chart featuring the implementation of the campaign in the northern, central and southern regions. These help assess the performance of the campaign.

Vietnam recorded more than 4,100 cyberattacks in the first 10 months of this year, a decrease of 7.8 per cent over the same period of last year.