Many monkeys have been injured by human activities on the Son Tra Peninsula in Danang City. 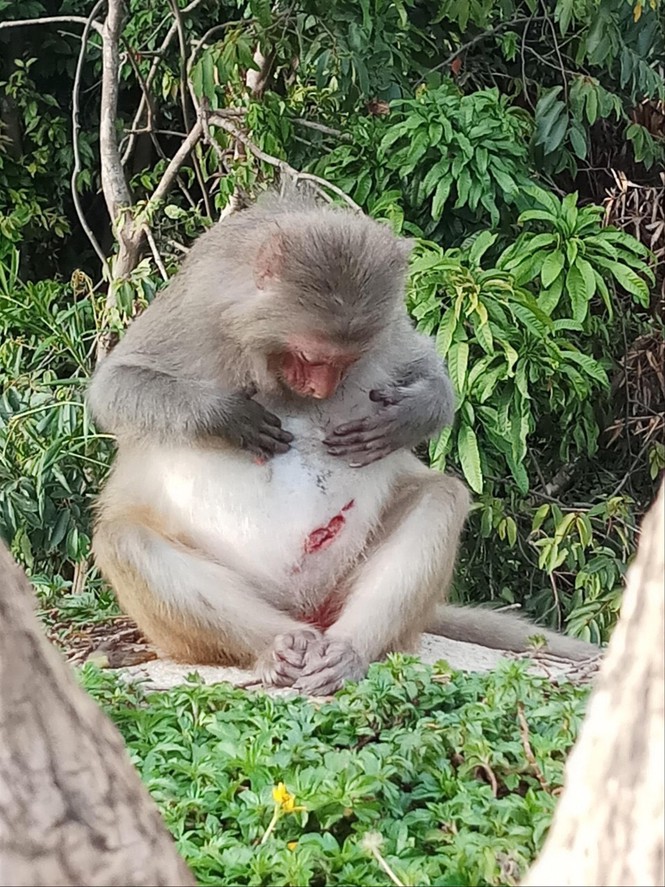 An injured monkey on Son Tra Peninsula. Photo by An Binh

A local photographer named An Binh said that she loves the monkeys and usually takes photos of them. However, recently she has seen many injured monkeys in the area.

"We usually informed forest rangers about the injured animals and helped take them to veterinary clinics for treatment," she said. "Most of the injures were caused by human activities. Some fell into traps, others were shot by people who think the monkeys are harassing them."

According to forest rangers in Son Tra and Ngu Hanh Son districts, many monkeys have been injured and died after being run over by cars and motorbikes transporting visitors.

"Visitors usually feed them with cakes, sweets or fruit so many of them flock to the tourist sites here, especially at Linh Ung Pagoda," a forest ranger said.

"The monkey may gradually forget how to look for suitable foods in nature," she explained. “And they are causing chaos and traffic accidents in the area." Dtinews

Rangers drive monkeys back into forest on COVID-19 alert

Forest rangers have been attempting to drive troupes of monkeys (stump-tailed macaques) back to Son Tra Nature Reserve in the central city of Da Nang.

The Tonkin snub-nosed langur (Rhinopithecus) is one of the rarest primate species in the world and is endemic to Vietnam.