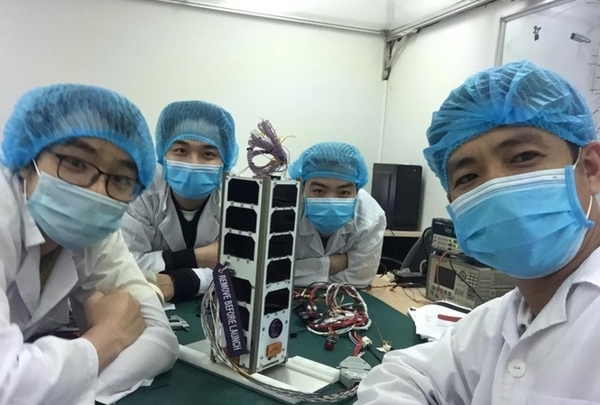 Dr. Le Xuan Huy, deputy director general of the Vietnam National Space Centre (VNSC), says the satellite, which weighs approximately four kg, has been completely researched and manufactured by VNSC engineers. Indeed, local workers have completed the project through its design phase to its installation, including the mechanical structure and power distribution circuit.

In the near future, NanoDragon will be sent to Japan’s Kyushu Institute of Technology in order to undergo further tests in a simulating environment. Following the completion of these tests, the satellite is due to be returned to Vietnam before being launched by the Japanese Epsilon missile in September.

Dr. Huy notes that the micro satellite is anticipated to operate in solar synchronous orbit (SSO) at an altitude of roughly 520 km. Its main task will be to integrate an Automatic Identification System (AIS) used for the purpose of tracking and monitoring vessels at sea. In addition, it will make use of an optical imaging device in order to verify the quality of the satellite posture controller while operating in orbit.

At present, engineers from the VNSC are putting the finishing touches to installing the ground station which will operate the satellite following its launch.

The VNSC is a pioneer agency in the country that researches and develops modern space technologies that aim to support economic development and environmental protection locally.

Vietnam is one of the countries in the world to be most affected by global warming and climate change. Space services and technologies will help the nation to gain a better understanding of climate change whilst supporting the process of monitoring and prevention of natural disasters, thereby contributing to mitigating their consequences.

Prime Minister Nguyen Xuan Phuc has signed off a strategy for the development and application of space science and technology by 2030.