Both Koi fish and carp fish have been released by Japanese experts and Vietnamese scientists into areas of the To Lich river and West Lake that have been treated for pollution as a demonstration of how clean the water is. 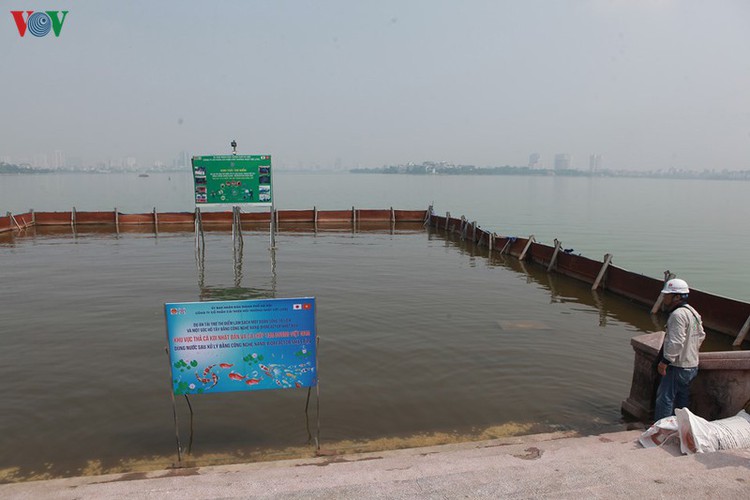 Vietnamese and Japanese environmental experts gathered together at the water purification technology area beside the To Lich river and West Lake on the morning of September 16 to take water samples. The purpose of this is to evaluate the results of areas that had used Japanese technology to treat pollution in the To Lich river. 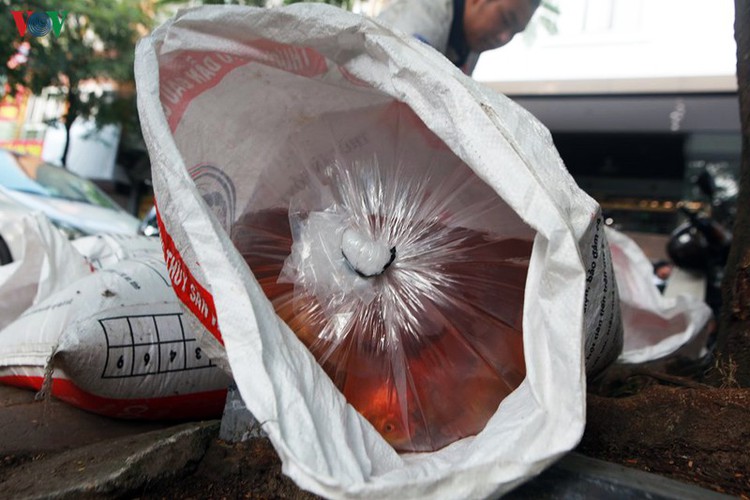 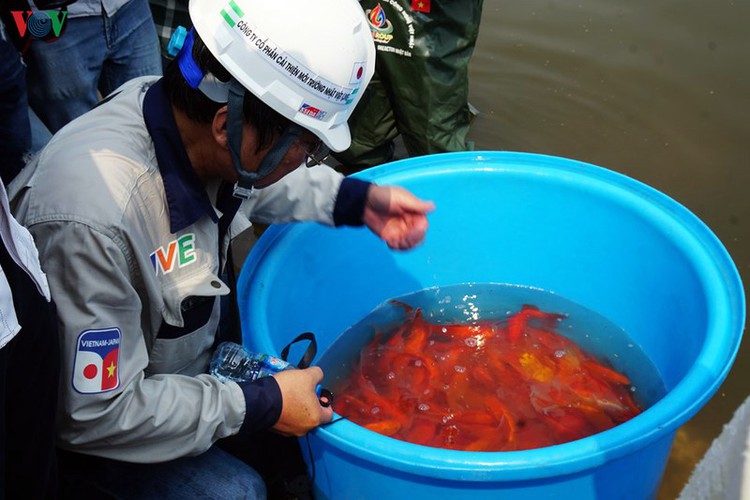 According to a Japanese specialist, both Japanese Koi fish and Vietnamese Tam Duong carp fish must be in clean water in order to survive. If their habitat is polluted, then they will die. 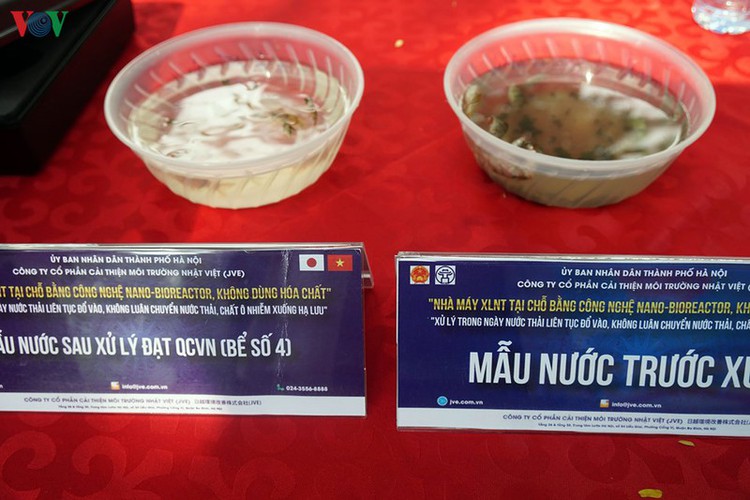 Nguyen Tuan Anh, Chairman of the Board of Directors of the Japan-Vietnam Environment Investment JSC, says the release of the fish proves that the treated water in To Lich river is of a good quality and can ensure the development of creatures such as fish. 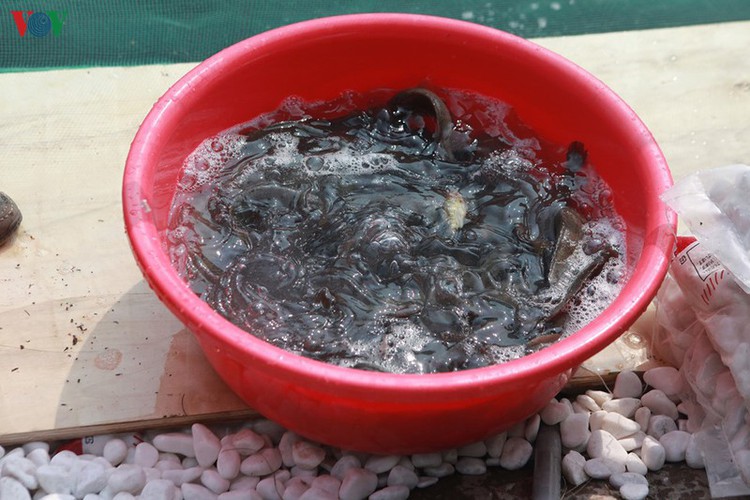 Anabus fish are also released into the test area 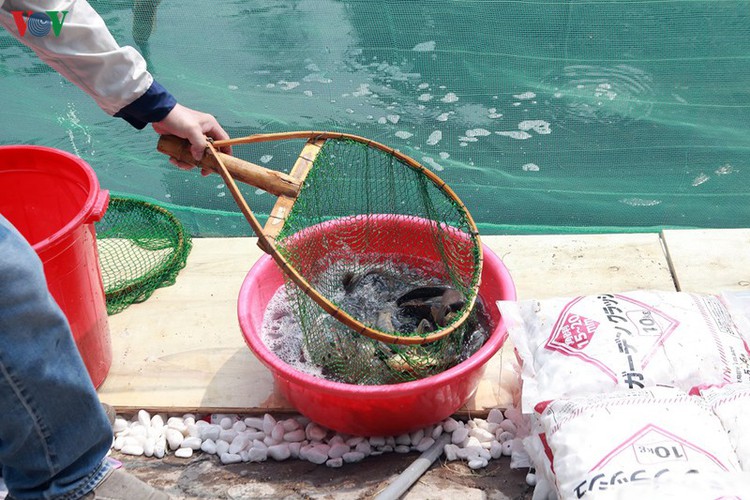 Anabus fish are released into the piloted area in West Lake 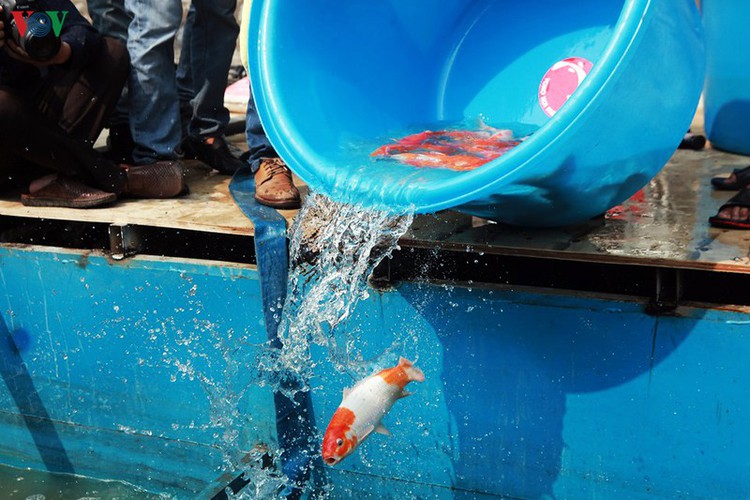 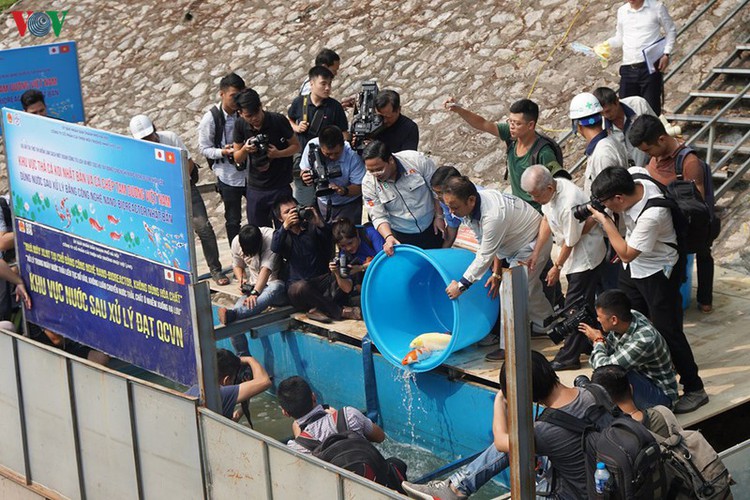 A representative from JVE states that fish will be able to enjoy a healthy life in the treated water thanks to Nano - Bioreactor technology. 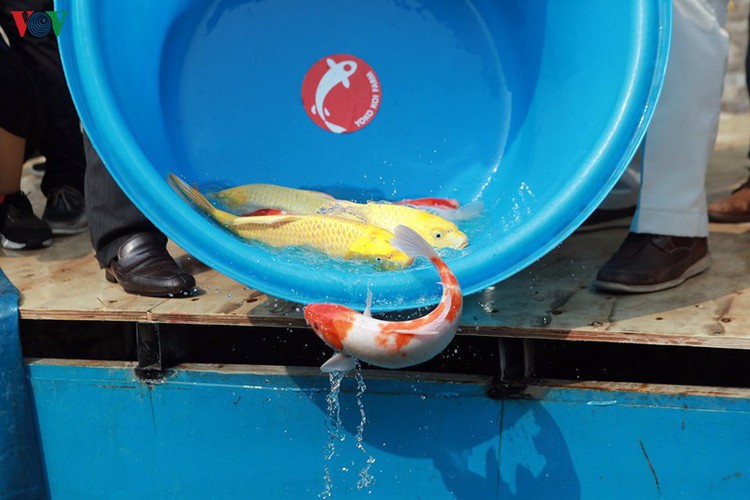 A JVE representative notes that water samples have been taken from the areas with the results being unveiled after 10 days. He adds that the company will submit a report to the Prime Minister, the Ministry of Natural Resources and Environment and the Hanoi People's Committee, and other relevant agencies 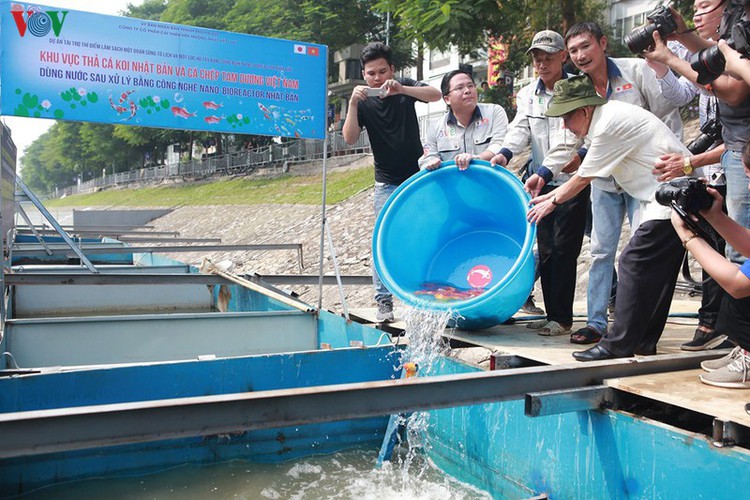 Japanese Koi and Vietnamese Tam Duong carp were released into the To Lich River and West Lake in Hanoi today, September 16.