Japanese Koi and Vietnamese Tam Duong carp were released into the To Lich River and West Lake in Hanoi today, September 16.

This morning, environmental experts from Japan and Vietnam released the fish at the two sections of To Lich River and West Lake which have been treated for pollution with Nano-Bioreactor technology.

The project to clean up part of To Lich River and West Lake using Japan’s Nano-Bioreactor technology was started on May 16.

According to Japanese experts, both carp varieties need to live in clean water and they will die in polluted water.

The Japan Trade and Environment Promotion Organisation took water samples from the river and the lake for testing and assessing the overall result of pollution treatment project.

The results are expected within 10 days will be submitted to the prime minister, the Ministry of Natural Resources and Environment and Hanoi authorities. 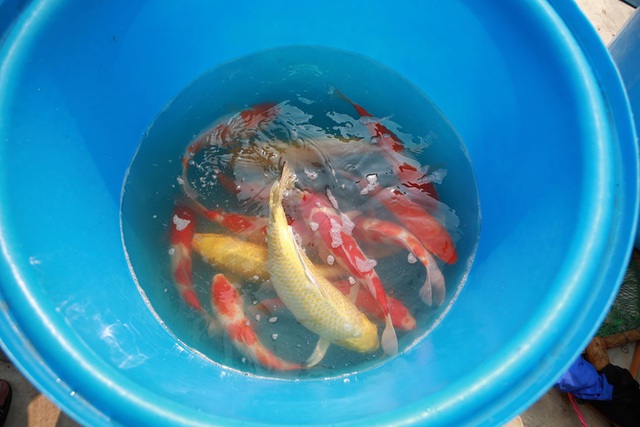 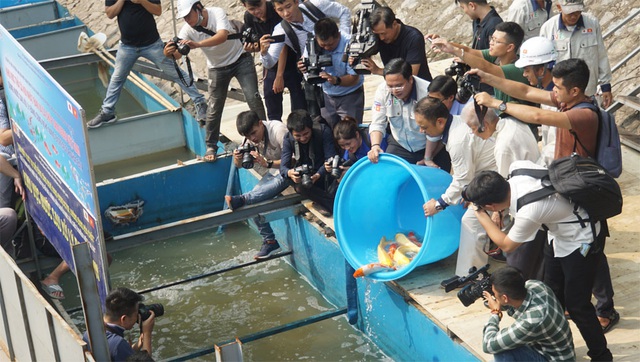 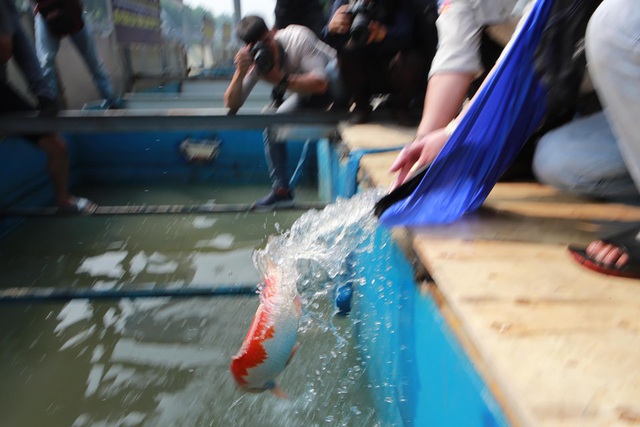 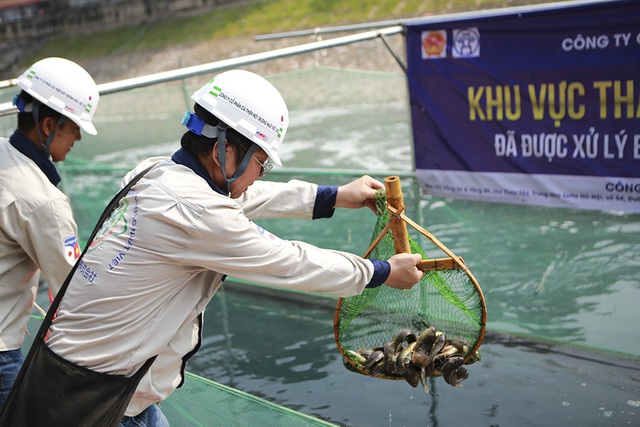 The carp and anabas released into To Lich River 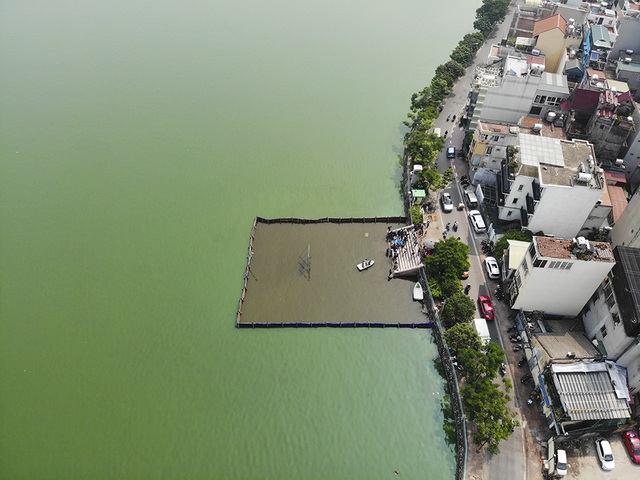 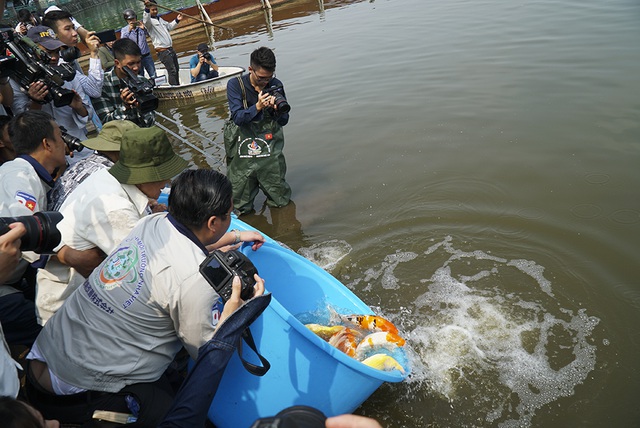 The carp released to the West Lake 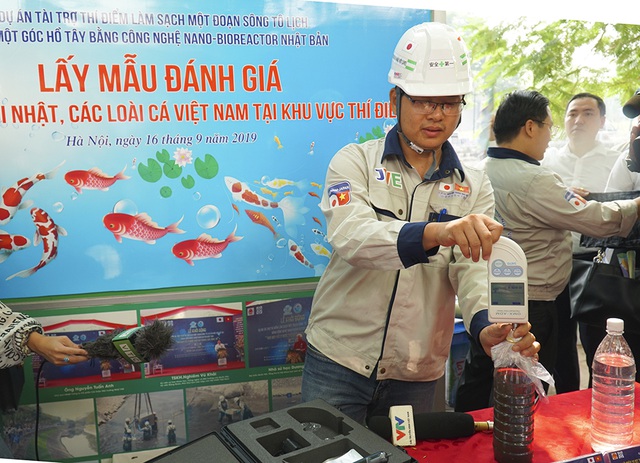