To build a Vietnamese social network and cement its position in Vietnam, the first thing that needs to be done is to defeat Facebook.

The statement that Vietnam will build five social networks in the time to come, made by MIC minister Nguyen Manh Hung, has caught public attention. 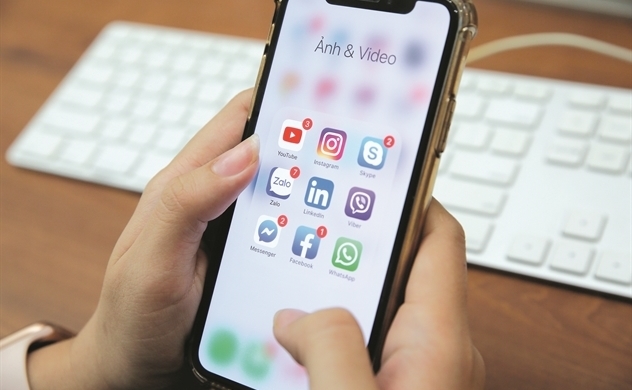 Vietnam wants to develop social networks that will have the number of users equal or higher than the current number of Facebook accounts in Vietnam (60 million) and account for 60-70 percent of market share by 2022.

Developing the social networks is a strategy to build a cyber space in Vietnam’s digital economy.

In order to implement the ambitious plan, Vietnam needs to combat the giant Facebook.

Most recently, Go.vn, a social network presented on all three platforms – internet, telecommunication and TV, was established with the ambition of ‘usurping’ Facebook. But it disappeared quickly. Zing Me, Banbe.net, Tamtay.vn and Yume.vn have also been defeated by Facebook.

However, Vietnam still has other social networks, such as Zalo and Moca, to put hopes in.

The Ministry of Information and Communication (MIC) in early 2019 reported that Zalo had 47 million users with the usage time of 2.12 hours a day. In Vietnam, Zalo ranks third after Facebook with 60 million users and 3.55 hours, and YouTube, with 50 million and 2.65 hours.

Not only used for individuals and businesses, since 2017 Zalo has been used by 26 cities and provinces for public administration services.

Zalo can take pride as the No 1 OTT app in Vietnam with tens of apps used in different fields, from Zalo Shop specializing in online sale, Zalo Food specializing in food delivery, Zalo Pay in online payment in accordance with e-wallet model, games, transport services and news.

Just days ago, Gapo, a social network introduced for youth, was launched. It strives to obtain 3 million users by early 2020 before reaching the 50 million user threshold by the end of 2021.

Asked about the target of 50 million users, a senior executive of Gapo said this is a challenging task but Gapo has confidence in its staff who have experience in AI, Big Data and information security and once participated in the development of social networks with tens of millions of users.

However, Galo and Zapo still have a thorny path. On the first day of launching on July 23, Gapo met trouble. Meanwhile, Zalo still doesn’t have a license to operate as social networks.

But China's experience shows that opportunities still exist, especially when the loyalty rate of Vietnamese users is not high with millennials or centennials always trying new experiences.

A social network, called Gapo, created by Vietnamese and designed for Vietnamese youth, has been launched.