Is it time for rooftop solar power?

The solar power industry cooled down after the explosive period in 2018-2019, when investors rushed to implement projects prior to June 30, 2019 to be able to enjoy the high electricity sale price. 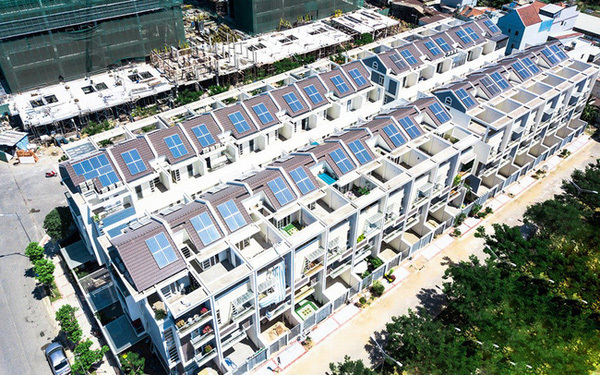 Investors are awaiting a new electricity price policy to decide whether to continue investing in the sector. MOIT has released Decision 9608 on stopping licensing solar power projects.

The oversupply in Ninh Thuan and Binh Thuan, as well as the overloading of the power transmission line, has decreased solar power projects' ability to runat full capacity.

According to Electricity of Vietnam (EVN), transmission lines have been overloaded since June 2019 when solar power capacity soared by 5,000 MW, including 2,000 MW from two provinces.

Rooftop solar power has been growing.The improvement in solar cell technology which helps increase the performance of the panels on the same area, and the lower production cost are encouraging the development of rooftop solar power.

Commercial banks have also disbursed more capital for the projects. Cafebiz quoted an expert as saying that if investors developed solar projects two years ago, they would be able to recover the investment capital after 10-12 years. But now the payback time is 5-7 years only.

Hepza Business Association (HBA) estimated that at least 300 MWp of electricity will be developed in 2020-2024. Over 1,000 member enterprises of the association would have the total capacity of 1,000 MWp of rooftop solar power, which would help reduce 23 million tons of CO2.

In late March, SkyX Solar and Saigontel signed an agreement on establishing a joint venture to build and run a chain of solar power projects in the industrial zones belonging to Saigontel.

In the immediate time, the two sides would focus on developing and operating rooftop solar power system with the capacity of 50 MW in 10 industrial zones, including six in the southern and central regions, where the radiation level is the highest.

Novaland, a big real estate developer, has signed an agreement on strategic cooperation with TTC Energy to develop and utilize technological solutions on the solar energy base for public utilities and Smart Town of the smart ecological urban area Aqua City.

Investors are no longer rushing to pour money into solar power projects because the new solar power purchase price is considered unattractive.

Over 1,000 firms in HCM City to develop rooftop solar power

More than 1,000 businesses located at processing, industrial and hi-tech parks in Ho Chi Minh City are set to have solar panels installed on their rooftops in the next few years in an effort to promote green development.