iPhone 8, XR selling well in US, neglected in Vietnam

iPhone XR and iPhone 8 were the two Apple’s bestsellers in the US in the second quarter. However, they have not caught the attention of Vietnamese iPhone users.

The Consumer Intelligence Research Partners (CIRP) has reported that iPhone XR is the best selling model of Apple in the US market. 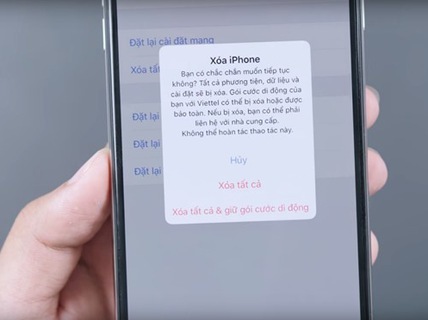 iPhone XR is dominating the US market, while 48 percent is the highest rate reached since the day iPhone 6 and 6 Plus hit the market in 2015.

Lowitz of CIRP believes that iPhone XR is favored thanks to the design, colors, large screen and high performance. The selling price also helps the model compete fairly with Android smartphone models.

iPhone 7 and iPhone 8 users can easily update their phones into iPhone XR instead of choosing expensive XS and XS Max.

Kantar World Panel also reported that iPhone XR was the best selling smartphone in the US in Q2 with the sales of iPhone XR accounting for 7.8 percent of total sales.

Counterpoint Research last May said iPhone 8 was the second best seller in 2018, just to iPhone X.

However, in Vietnam, the devices cannot attract buyers. Since iPhone XR hit the Vietnamese market, it has had poor sales at private shops.

As the model is not the choice of Vietnamese users, the selling price has been falling. Genuine iPhone XR is priced at VND20 million for 64GB version.

“Having large screen and strong performance, iPhone XR is still considered an abridged version of XS and XS Max. Besides, the model only supports one camera and uses an LCD screen,” said Nguyen Bich Hanh, communication executive of FPT Shop, one of the biggest smartphone retail chains.

“The device also has to compete with a lot of other Android devices such as Samsung Galaxy S10+,” Tan said.

The price level is still considered high for XR. Most users would rather spend VND1 million more to buy used iPhone X. The device has better appearance, dual camera and OLED screen, according to Hoang Giang, the owner of a shop in Cau Giay district in Hanoi.

Khoa, a university student, complained he was deceived when buying an iPhone. He wanted to buy an international iPhone 8 Plus, but he mistakenly got a locked iPhone.

Apple has not launched iPhone 11 yet, but imitation iPhone 11s, advertised as having exactly the same design as iPhone 11, are available in Vietnam.

icon
Inspiring Characters 2021: The developers of Vietnamese game worth billions of USD
icon0