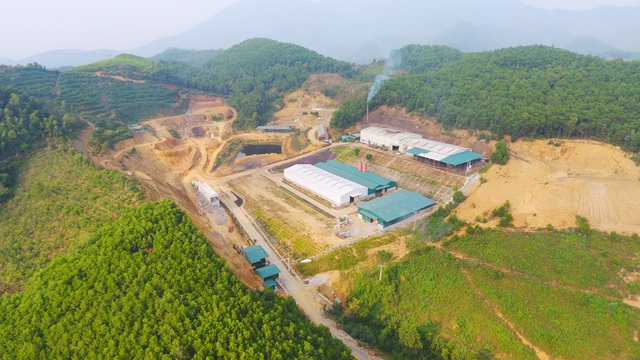 For the last months, the people in Cao Hai Village, Thinh Minh Commune have put up tents on the road to block the trucks transporting rubbish from entering the waste treatment plant of Bac Viet Environment Energy JSC which is only 500 metres away from the residential areas in Hai Cao Commune.

Pham Van Nguyen, head of Cao Hai Village, said the waste treatment plant went into operation in July 2019. Since then, the daily lives of everyone in the village have been turned upside down. "There are rubbish trucks all day long, leaking out waste water onto the road. The villagers had complained many times but it was useless so the locals blocked the road to protest the plant," he said.

71-year-old Vu Xuan Vien said, "Two-thirds of the rubbish are buried, the rest are burnt. When I cut grass on the hill, I saw that they buried the rubbish but they didn't line the bottom of the pit with anything to prevent waste water leaking into the ground. We want the company to dig up all of the rubbish and treat them correctly." 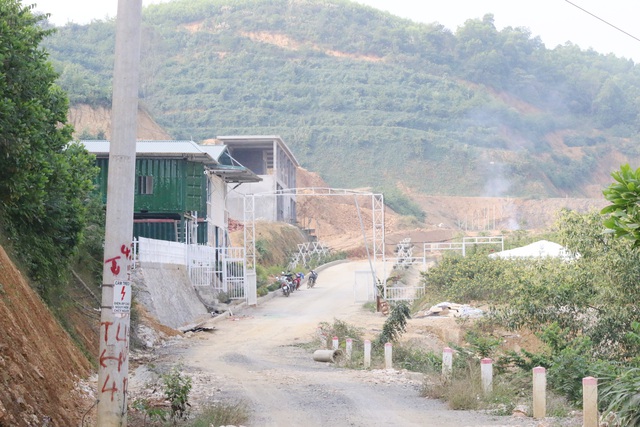 The waste treatment plant is 500 metres away from residential areas.

After digging at two locations, the inspectors concluded that the rubbish was not treated before it were buried. The first location has 750 tonnes of rubbish buried in 1,000 square metres of land and wasn't lined with anything at the bottom. The amount of rubbish at the second location hasn't been determined.

Nguyen Quoc Tuan, chairman of Thinh Minh Commune People's Committee, confirmed that they have received many complaints from the villagers, asking them to inspect the waste treatment plant and see whether the water source has been affected or not.

"We are waiting for the test results from the authorities and solutions from the city people's committee," he said.

This waste treatment plant was first built so that the commune can meet the requirements for a new-style rural area. The treatment plant has the capacity to deal with 100 tonnes of rubbish a day. After the rubbish trucks were prevented from entering the plant, rubbish started piling up in Hoa Binh City, especially along Truong Han Sieu, Tran Hung Dao and Huu Nghi streets.

More than 71% of wards and communes in Ho Chi Minh City have been recognised as “clean” areas - one of the outstanding results of the 200-day emulation movement held to celebrate its upcoming municipal Party Congress.