Rubbish has piled up on Hanoi streets after local people living near a local dumping site gathered to block trucks from entering the waste treatment complex. 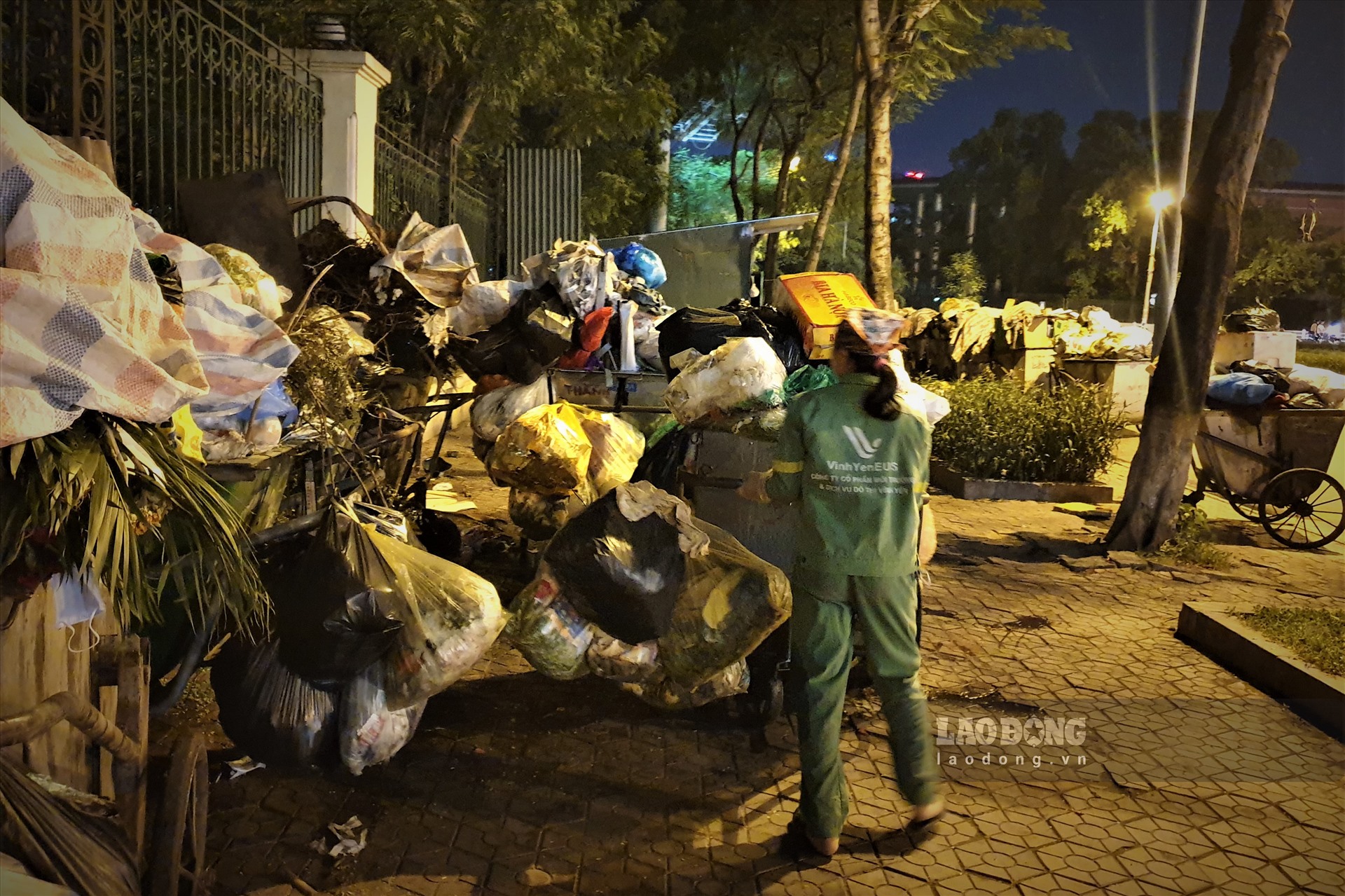 On the evening of July 14, piles of rubbish could be seen on many streets including Trung Kinh, Pham Van Dong, Kim Ma, Chua Lang, and Nguyen Van Huyen, creating foul smell. 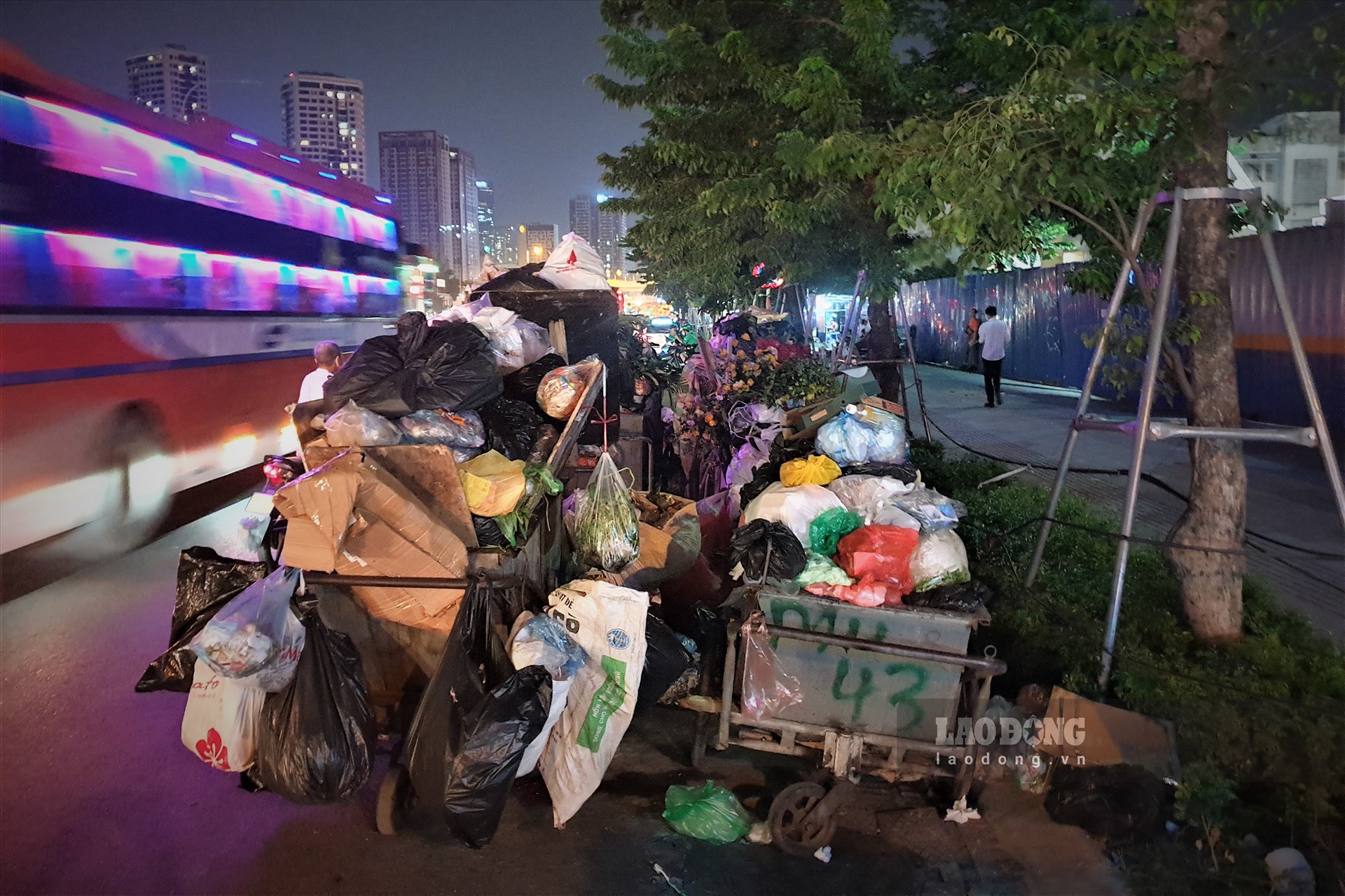 Carts full of litter lined up on Chua Lang Street. Photo by Laodong.

An environmental worker said that rubbish is usually taken away by trucks at around 8 pm every day. However, they have been piled up for two days.

On the same day, the Hanoi Urban Environment Company sent letters to concerned agencies to inform that dozens of people living near Nam Son Rubbish Dump in Soc Son District have gathered to prevent rubbish dumping.

According to the company's report, the protest started from the evening of July 12. The blockade has led to rubbish being piled up in the city. 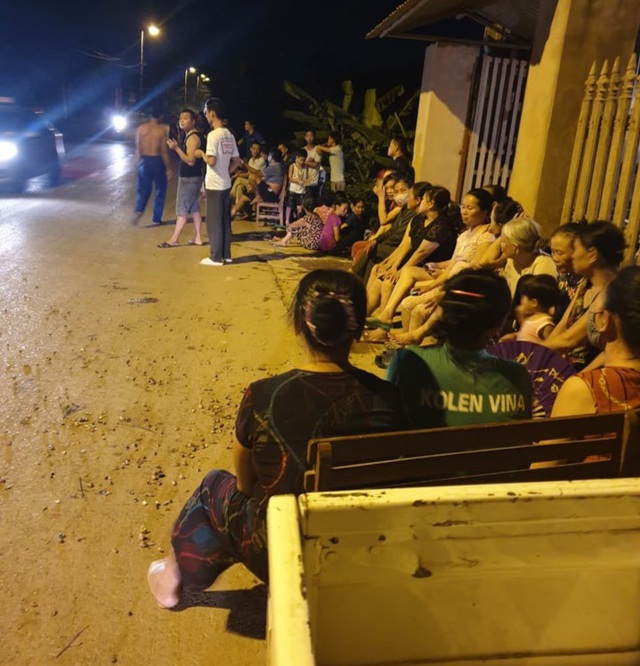 Head of Nam Son Commune's Xuan Thinh Village, Vu Tien Luc, said that the sluggish compensation payments for site clearance for people living near the dump whose land was taken led to the protest.

"The city's authorities promised to complete the payment by the end of the second quarter this year but by now people have not received enough compensation," he said. 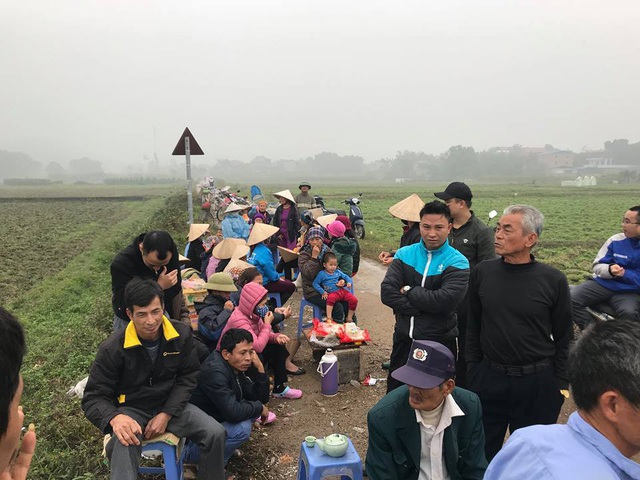 To deal with the current situation, the Hanoi Department of Construction has planned to transport the rubbish to another dumping site in Son Tay Town.

Sluggish compensation payments for site clearance for people living near the Nam Son Dump in Soc Son District has led to multiple protests of local people.

There were three such protests in 2019 and local authorities had promised to complete compensation by the second quarter of 2020.

New regulations on rubbish disposal to be tightened

Households who discharge more waste will have to pay more according to an amended Law on Environmental Protection.

Nhue River in Hanoi has become more polluted due to rubbish.