Half of Mekong Delta to be lost under sea level: research

More than half of the Mekong Delta will disappear under sea level in the next two generations if no action is taken now, research has found. 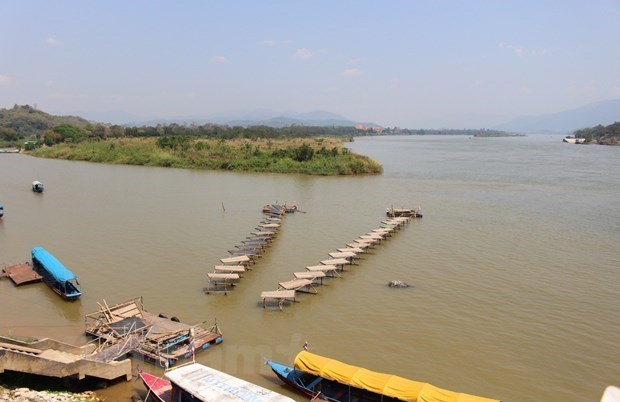 The results of the five-year-long 'Rise and Fall' researchproject funded by the Netherlands government announced recently shed light onthe linkages between land subsidence, groundwater extraction and salineintrusion in the Mekong Delta, locally known as the Cuu Long Delta, whilegiving out a red alert over the future of Vietnam’s largest rice productionarea.

Rapid economic development in the region since the 1990s led to a drasticincrease of groundwater extraction for agriculture, aquaculture and livingactivities, researchers from Utrecht University and Deltares Institute found.

The over-extraction of groundwater reserves, estimated atabout 2.5 million cubic metres a day in 2015, triggered and accelerated massland subsidence in the delta with some areas sinking at rate up to 6 cm a year.

It ultimately left the Mekong Delta, which saw almost nosubsidence in the 1990s, merely 80 cm above the current sea level.

“I come from the Netherlands which is a flat land but I haveseen some parts in the Mekong Delta even flatter than the Netherlands during myfield trips to the region,” said Dr Philip Minderhoud, leader of the researchgroup.

“Groundwater extraction is not free. We pay for it byelevation and once below sea level the costs of protecting the land rapidlyincrease.”

The researchers also made projections of the sinking rate ofthe delta taking into account subsidence induced by groundwater extraction andrising sea levels due to climate change.

If groundwater usage keeps growing at 2 percent peryear, the outlook will be at the bleakest as a number of areas will stay undersea level by less than 10 years from now while the southern half and beyondwill be engulfed by seawater by 2080.

In other scenarios which see no increase in the groundwaterextraction, the percentage of land falling under sea level will subsequently decrease.Nearly 50 percent of the delta will sink below sea level in case of stableextraction and only a third if the water use was reduced by 75 percent.

While the irreversible sinking already set in motion andaccelerated quickly, river sediment which was supposed to compensate landsubsidence became insufficient. It was either blocked upstream due to a seriesof dam construction on the Mekong River or destroyed by sand miners, accordingto the research findings.

The sand starvation made the tide intrude deeper with greatervolume, resulting in exacerbating salinisation that would seriously damage theregion’s crops and aquaculture industry.

“It is recommended that the Government of Vietnam tackles theroot causes related to the mining of groundwater and sand,” Dr Minderhoud said.

“The research is not to scare people but to prepare them.Vietnam has to take action now. That’s the crucial part.”/.VNA

The Ministry of Natural Resources and Environment plans to make a full inspection of subsidence in the Mekong Delta provinces between 2020 and 2025.

The flood season in the Cửu Long (Mekong) River Delta is a natural phenomenon that occurs each year on the downstream Mekong River.