The Northwest region has great geothermal resources which provide stable long-term energy with minimal environmental harm. However, there has been no thorough study and plan to exploit them.

According to the geological and mineral maps of Vietnam, the Northern midland and mountainous region has a relatively complex geological background with two typical geological activities – young magma and fault activities which create sedimentary basins likely to contain geothermal solution. 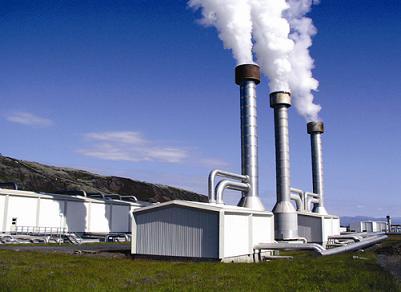 The Dien Bien - Lai Chau fault zone, for example, created a geothermal basin in Dien Bien. But how to find the basins large enough for industrial electricity production or for human activities?

This is a difficult question, because according to Dr Vu Van Tich from the Hanoi National University, “there are many geothermal manifestations”, but “there is only general survey’' about the potential which “estimates that there are about 400 sources”.

Tich and his co-workers conducted research to have overall assessment of the potential of geothermal basins in the northwest, a part of the program on science and technology development for the sustainable development of the Northwest region.

Also according to Tich, the industry and trade industry “doesn’t make big investments in investigating and evaluating each geothermal source”.

As for the Northwest region, there have been many studies on geological tectonic characteristics, or the location and composition of hot mineral water outcrops, but no detailed geothermal survey has been conducted.

With the assistance of geothermal experts from the US, in early 1980s, some projects on using geothermal energy to dry some farm and forestry products such as tea, cassava, bananas and medicinal herbs in My Lam, Tuyen Quang were implemented.

However, there are only five basins which have the potential for electricity generation in industrial scale, including Quang Ngan (Ha Giang), My Lam (Tuyen Quang), Dien Bien and Thanh Thuy (in Phu Tho) and Van Chan (Yen Bai).

After that, the research team gathered strength to conduct in-depth survey on the properties and composition of geothermal solutions and make calculations for an electricity production model with a capacity of 200-300KW in Uva area, Dien Bien geothermal basin.

The scientists believe that Vietnam can develop a 6.6 MW geothermal power plant in Uva, exploit mineral water with the capacity of 10 cubic meters per day and use the energy to dry farm produce.

While direct power purchase agreements have been one of the key drivers of global renewable energy infrastructure, especially in wind and solar, there is no defined plan for a pilot mechanism in Vietnam yet.

Actions advised for Vietnam to lure investors amid energy crunch

Legal or regulatory obstacles with a low level of certainty and issues concerning grid access for private projects, are the most pressing to private investment.