Marine protected areas (MPA) are considered an effective management tool to protect the sustainability of waters and marine business fields based on natural resources such as fishing, tourism and associated services.

Like other developing countries, Vietnam has a long history of management of inland protected areas, but the establishment of MPAs was only put forward in the 1980s. 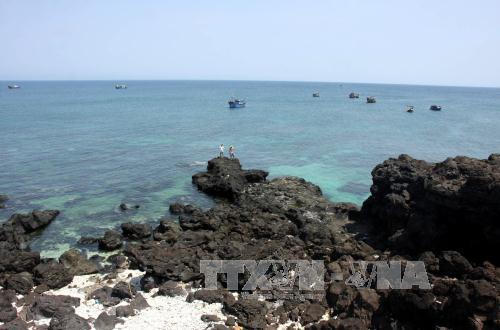 In 1995, the government approved the national biodiversity action plan (BAP), which mentioned the protection of the sea and coastal areas.

In 1998-1999, the then Ministry of Science, Technology and the Environment joined forces with the National Center for Natural Sciences and Technology to build a system of MPAs in Vietnam, which comprised 15 MPAs.

The system covered 0.24 percent of total waters area of Vietnam, comprising 70,000 hectares of coral reefs, 20,000 hectares of sea grass and a part of mangrove forests, and most of the breeding grounds and habitats of economic aquatic species.

In 2010, 16 national MPAs were set up, belonging to 12 coastal provinces, located mostly in the waters near the shore. The furthest is the Nam Yet MPA belonging to Truong Sa Island district of Khanh Hoa province. Within the Tonkin Gulf, Bach Long Vi MPA is the furthest away.

Nguyen Chu Hoi, former Deputy General Director of the Vietnam Administration of Seas and Islands, said in Vietnam, the sea, coastal areas and ecosystems provide ‘resources’ to the marine economic development in general and to the two key business fields – fishing and sea tourism – in particular.

The government pays much importance to the marine conservation and considers this one of the important solutions to develop the sea-borne economy in the future.

The MPAs, if managed well, will create an ecological balance throughout the waters. The effective management for three years will create a recovery effect in MPAs, while the ‘spillover effect’ will appear after five years, when seeds and breeders will spread to the areas outside MPAs.

The waters, coastal areas and islands are the habitats of aquatic creatures, waterfowl, migratory birds, and plants and animals on the islands, and they are also the ideal living environment for humans. There are 11,000 species of organisms residing in more than 20 typical marine-coastal ecosystem types, belonging to sux different marine biodiversity areas.

The Vietnam Sustainable Marine Economic Development Strategy to 2030 says that Vietnam will become a strong sea-borne nation. A series of concrete tasks have been set to reach the general goal, including the expansion of MPAs. It is expected that the MPAs would cover at least 6 percent of the natural area of the nation’s waters.

Da Nang City is aiming for the sea-based economy along with tourism and hi-tech industry to drive its growth over the next 25 years.