Many enterprises are trying the circular economy model to save input materials and strive for sustainable development, but progress is impeded by the lack of a leader. 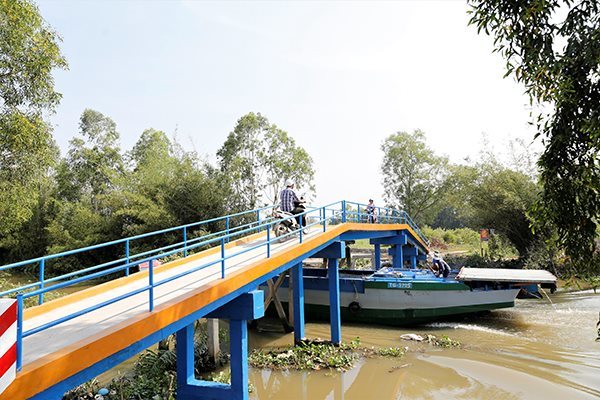 But now, the caps are collected separately and transported to steel manufacturing mills, where they are melted to make steel. The steel will be transferred to Tien Giang, where it will be used to build bridges.

This is an initiative of Heineken Vietnam. People hope that with the beer bottle caps, more bridges will be built throughout the Mekong River Delta.

Heineken Vietnam has been pursuing the circular economy model for many years and it has gained encouraging results.

The 2018 report on sustainable development showed that the volume of water used decreased by 20 percent compared with five years ago, and CO2 emissions by 50 percent as four breweries ran with renewable energy and biomass fuel. In general, 99 percent of by-products and waste products are used or recycled.

Heineken Vietnam is one of 70 members of the Vietnam Business Council for Sustainable Development (VBCSD), the organization which is implementing measures to stimulate the development of the circular economy model.

The aim of the coalition is to help create l a clean, green and beautiful country by driving the circular economy and making recycling of packaging more accessible and sustainable.

Nguyen Quang Vinh, secretary general of VCCI, noted that more enterprises are thinking of applying the circular economy model in order to save natural resources and utilize technologies for green production.

Circular economy satisfies the state’s requirements on green growth and effective use of the materials which are getting exhausted.

However, according to Pham Hoang Hai, secretary of VBCSD, there are too many challenges for enterprises in implementing the circular economy model: the infrastructure has not been completed and the legal framework has not been built, while the recycling has problems because of the lack of technology and supervision.

The general director of a dairy company which is following a program on sustainable development said collecting and recycling products faces challenges because waste in Vietnam cannot be sorted at source.

Hai Duong Province has decided to suspend a project to build a waste treatment and power generation plant in Luong Dien Commune, Cam Giang District, according to the leader of the provincial Department of Planning and Investment.

The People’s Committee of central Quang Ngai Province has instructed North Investment and Development Construction JSC to complete construction of the plant and put it into operation before Sep 30.

icon
Over 1,000 organizations in Vietnam capable of supporting startups
icon0