Confident about the great potential of the domestic OTT market, Keeng is developing Keeng TV, while Fim+ is pouring money into projects on exclusive dramas.

Vietnamese OTT service providers have stated that they are willing to use the most advanced technologies to provide clients with the most satisfactory experience. 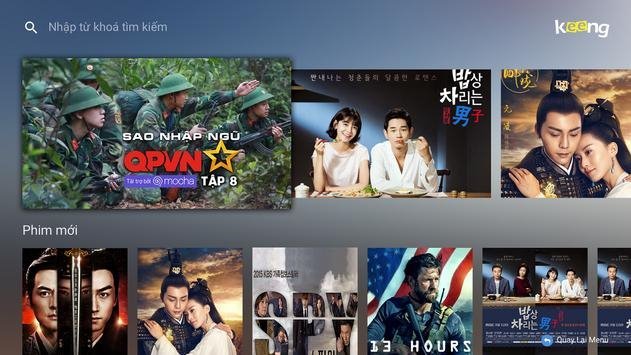 Both Keeng and Fim+, OTT-based online movie service providers, confirmed with the press that they had obtained two-digit growth rates, and that they see great potential for OTT services to make a breakthrough.

Vo Thanh Hai, director of Viettel Media, said Keengmovies film service is built on the basis of the existing community of Keengmusic, so the development of Keengmovies is more favorable than other OTT services.

Keengmovies offers a wide range of service packages by week and month, or rents movies on demand.

Meanwhile, according to Truong Nguyen Thu Ha, CEO of Fim+, which officially made its debut in January 2016, Fim+ has been growing by 250 percent per annum.

Ha thinks that the OTT market remains unexploited with large room for players and high demand from users. It is very promising for both veteran and new players.

Both Viettel Media and Fim+ shared the same viewpoint about the potential of the OTT market. OTT service users are mostly youth who have high requirements on service quality.

To attract young and choosy clients, service providers need to provide special, original and new content. The rush hours for using the service are lunchtime and evening, i.e. the breaktime after studying and working.

A report from We Are Social showed that in the first months of 2019, internet users spent 2 hours and 31 minutes a day to watch videos, the same time used for social networks. They spent less time reading news and listening to music.

As for Fim+, the users are mostly below 45, familiar with internet, with high demand for entertainment services indoors and outdoors, on TV and mobile devices.

Fim+ has discovered new habits in watching films and entertainment activities, such as binge watching, or watching movies from the beginning to the end at once, and selective watching, or skipping the clips they don’t like.

She said Vietnamese users were giving up the habit of passive watching, i.e. watching what is shown to them. They now watch what they want as allowed by advanced technology. The content that most attracts watchers are blockbuster action films, Vietnamese movies and Vietnamese and foreign dramas.