VN84App, a spyware capable of penetrating smartphones and stealing personal user data, has emerged in Vietnam.

Security firm Bach Khoa Antivirus (BKAV) issued a warning about VN84App on June 23. Over 300 people in Vietnam have been victims to the malware in a short period, it said. 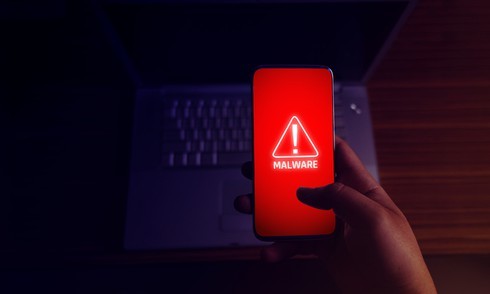 Based on analysis, experts pointed out the VN84App spyware is distributed via fake official websites, one of which is a fake Ministry of Public Security site. Hackers trick users into accessing this site and downloading the VN84App application to their phones as a .apk file.

When successfully installed, VN84App will silently collect messages, phone numbers, IMEI information, collected on the hacker’s server. While analyzing VN84App, experts discovered the server had an interface in Chinese and that messages collected from phones included hefty bank transactions.

"VN84App is an extremely dangerous spyware, sophisticatedly designed to collect user messages, including sensitive information like OTP codes for banking transactions, private messages. This malware is also designed with modules capable of performing other attacks in the future," said Nguyen Van Cuong, head of the analysis team at BKAV.

Coordination between the National Cyber Security Monitoring Center, the Ministry of Information and Communications, and the Department of Cyber Security and High-tech Crime Prevention PA05, Hanoi Police, has contained and blocked VN84App.

In the first four months of 2020, the Department of Information Security recorded a total 1,056 cyber-attacks on information systems in Vietnam - 553 phishing attacks, 280 website defacement attacks and 223 malware attacks, down 51.4% compared to the same period in 2019.