Authorities in Con Dao District in the southern province of Ba Ria-Vung Tau are facing overloaded waste disposal at a local dumping site.

Nhat dumping site’s condition has worsened as water from it leaks and flows into a nearby beach since heavy rains earlier this month. 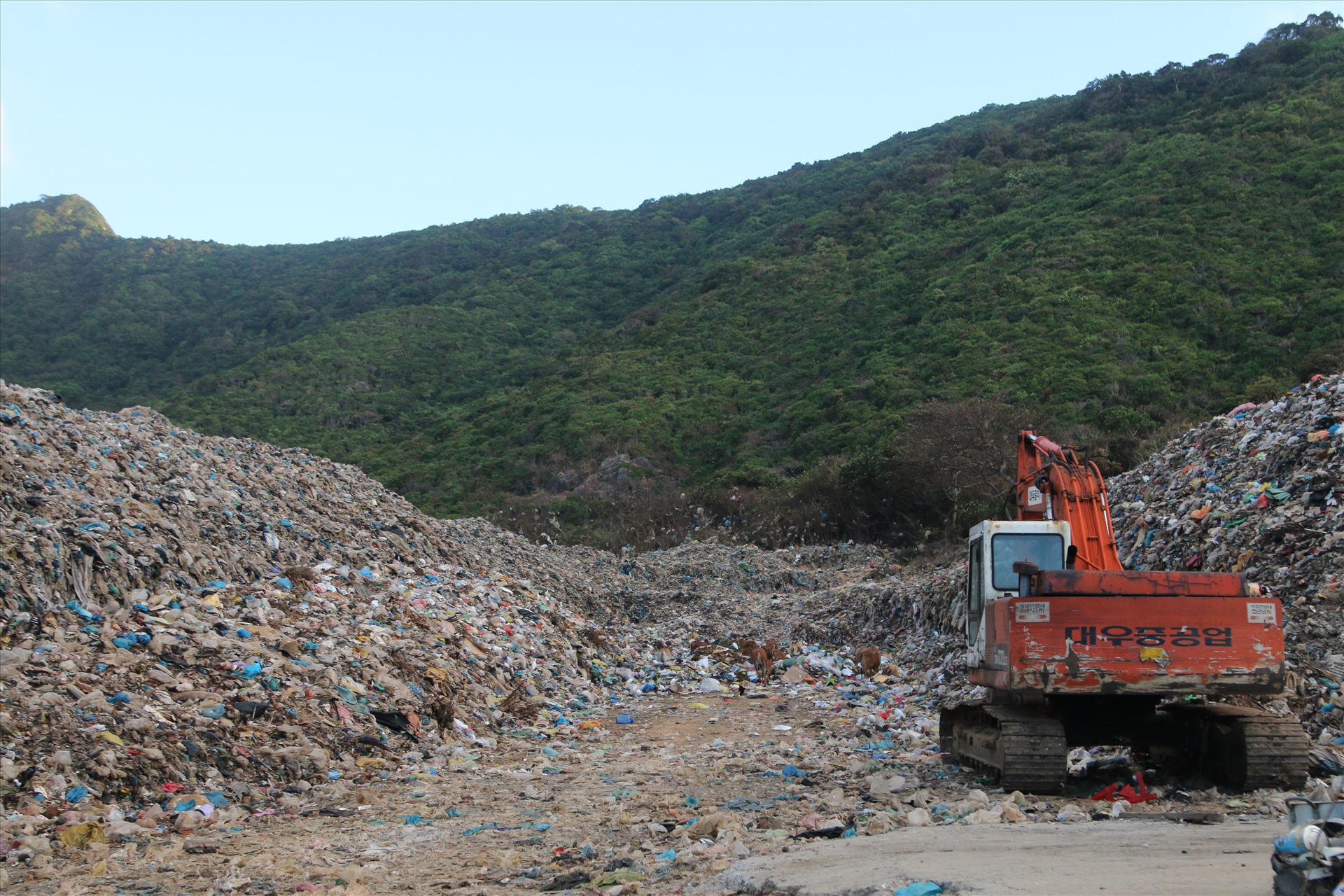 Pham Bao An, head of the district’s Department of Natural Resources and Environment, said waste from the district is gathered and taken to the 3,800 square-metre Nhat dumping site every day.

Over the past 20 years, the landfill has received a great amount of waste. Most of the site’s area has been filled with around 70,000 tonnes of waste.

In 2014, the district built an incinerator for the dumping site, however, its daily capacity is five tonnes of litter. Meanwhile, roughly 15-20 tonnes of litter is transported to Nhat dumping ground a day.

The pollution has seriously affected a very nice beach which is some 200 metres from the dumping site.

Con Dao is suffering from a huge amount of litter from the sea, including dead alga and plastic bottles.

Local authorities have called for investment into a waste treatment plant in Con Dao. However, to date, no investor has shown interest in it.

Ba Ria-Vung Tau has held many meetings to seek measures to settle problems related to Nhat dumping site. One of proposal is transporting waste from Nhat dumping site to the mainland for treatment, which is expected to cost VND70 billion (USD3 million).

The litter will be divided into batches of around 800 kilos each and then taken to a dumping ground in Toc Tien Commune in Phu My Town by boat.

However, in August last year, provincial authorities rejected the proposal as it would be quite costly. So the alternative would be construction of an incinerator.

Pham Bao An, head of Con Dao District’s Board of Natural Resources and Environment, said that the dumping site would be relocated to Ben Dam which is some 5-6 kilometres from the current location. Following this, the local authorities will continue seeking investors for the incinerator project. Laodong/Dtinews

Why does only one airline fly to Con Dao Island?