Can To Lich River be cleaned with Japanese technology?

Hanoi authorities say the application of Nano-Bioreactor technology to treat To Lich River pollution hasn't brought satisfactory results, but the Japanese side has rejected the conclusion.

The Hanoi City Delegation of National Assembly Deputies held a meeting with voters in Thanh Xuan district several days ago in which city leaders answered questions about the fate of To Lich, the 100-year old river which is dying because of pollution. 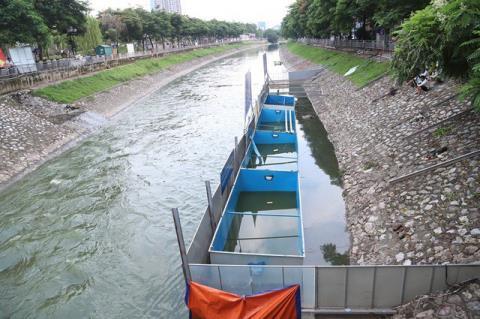 He said the collection of all waste water is not feasible because there are too many discharge sources and the construction cost will be huge.

Japanese experts recently helped treat pollution with Nano-Bioreactor technology. The municipal authorities also treated To Lich and lakes with biological and chemical products. However, Duc still thinks the results of the treatment methods are unsatisfactory and not feasible.

“The last choice is to build a sewage system that collects waste water along the river banks which will be sent to Yen Xa waste water plant for treatment,” Duc said.

The system was initially expected to be completed by 2020, but construction is going slowly. Duc thinks that the waste water collection system may be put into use by 2021 which will settle the pollution problem.

JEBO, the Japanese organization for trade promotion and the environment on December 1, raised its voice showing disagreement with Duc’s conclusion. The organization said Duc’s statement is unjustified and contrary to the Hanoi People’s Committee’s conclusion.

Therefore, it must protect the honor of Japanese technology as well as the personal honor related to the free project to treat a section of To Lich River.

According to JEBO, at the meeting assessing the result of the treatment with Nano-Bioreactor technology, presided over by Hanoi Mayor on October 29, the director of the Construction Department did not give an opinion about the results of the treatment.

In the document informing the Hanoi Mayor about the results of the treatment of a section or To Lich and a part of West Lake with Nano-Bioreactor technology, nothing is said about why the treatment failed.

The Hanoi People’s Committee assigned the unit to implement treatment on one more stagnant pond for further assessment.

The question centers on what basis the Construction Department Director made the conclusion that the treatment failed.

Also, according to JEBO, 6/6 goals of the treatment plan were attainable: thoroughly handling the stench; preserving ecosystems with fish and aquatic creatures; and no secondary pollution.

An idea put forward 40 years ago has again been put into discussion: using water from the Red River to clean the polluted To Lich River.

Red River to be used to clean To Lich River

Hanoi authorities are proposing to use water from the Red River to revive the heavily polluted To Lich River. 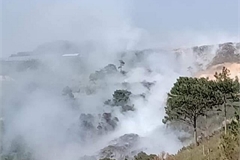 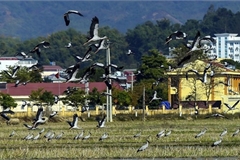 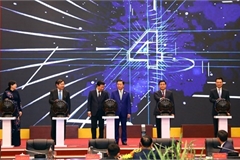 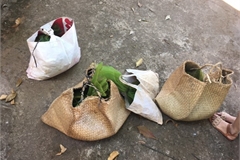 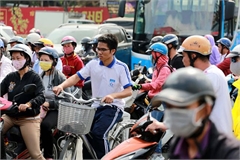 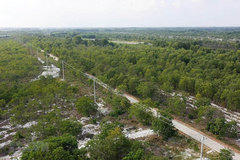 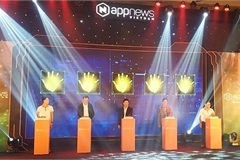