The The Vietnam Cyber Emergency Rescue Center (VNCERT) and the Information Security Authority has released a warning about the security vulnerabilities of Zoom, the video conferencing app used since the Covid-19 outbreak.

The agency reported that personal information of more than 500,000 Zoom user accounts has been leaked, including emails, passwords, URLs of meetings and associated passwords. 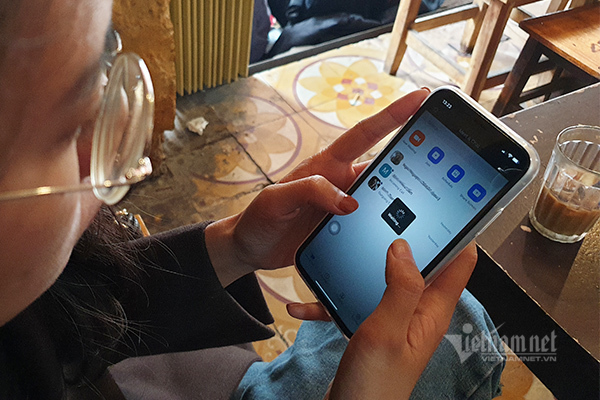 Zoom is the most popular video conferencing software in Vietnam thanks to its bandwidth optimization capability and easy use.

However, the software has a fatal security vulnerability which lies in the poor data encryption and meeting ID scanning.

The flaws, which have existed for a long time, have not been fixed by Zoom’s staff. The vulnerabilities have become even more serious because of the sharp increase in number of users recently.

Many security issues have been discovered since early 2020, but they have not completely fixed by the company.  Singapore has suspended the use of Zoom by teachers.

These are all foreign apps and the common characteristic of the systems is that they consume large amounts of bandwidth. A good and stable international internet transmission line is needed when using the apps to ensure smooth operation.

In general, the latency, or the ‘lag’ time, must be less than 150ms to be sure that conferences can run smoothly. This is the minimum latency time for meeting participants to feel that images are natural.

However, the international internet connection has had problems because of the breakdown of the AAG (Asia America Gateway) submarine cable. The incident occurred amid high demand for international bandwidth, which has soared during the pandemic.

Participants of online meetings using international internet line regularly suffer lags. The quality of the transmission line is not something that foreign app developers can fix.

To settle this problem, experts say, a conferencing app developed by Vietnamese is needed.

Unlike foreign apps, Vietnamese developed apps will not encounter restrictions in transmission line quality because the cable internet network covers the whole country. However, there is still no Vietnamese app powerful enough to use.

The solutions that Vietnamese firms provide can only satisfy some requirements for organizing internal meetings and conferences of agencies, organizations and businesses.

Experts said now is the golden time for domestic firms to introduce good conferencing apps and regain the domestic market.

Staff at many firms work from home

Many enterprises, in an effort to prevent the spread of COVID-19, have asked staff to work from home.

Governor Andrew Cuomo has said New Yorkers will be allowed to apply for licences and marry online.