Vietnam’s first eight tons of mangoes have reached the US market with blockchain-based traceability technology.

The mangoes, shipped to the US by air on April 18, were collected from My Xuong Mango Cooperative in Cao Lanh, Dong Thap. All of them met VietGap standards. 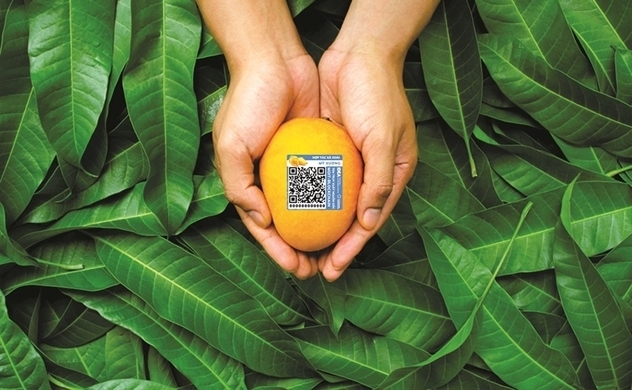 Each mango was attached with QR Code using blockchain technology, which ensures the transparency of the supply chain.

Transparency has become a burning issue after the World Health Organization reported that 600 million people suffer from food poisoning each year.

The report also showed that one-third of the global total food supply, or 1.3 billion tons, is lost or thrown away a year, partially because of difficulties in defining the origin and quality.

Vietnam, sooner or later, will have to provide traceable food if it wants to join global trade.

According to the Dong Thap Department of Agriculture and Rural Development, the province exports 93,000 tons of mangoes to Japan, Australia, South Korea and Russia every year.

After 10 years of negotiations and organizing production in accordance with VietGap and GlobalGap standards, Vietnam finally obtained permission for its mangoes to enter the US market.

The strong point of My Xuong mangoes lies in the high quality and the traceability with blockchain technology. The blockchain model was developed by My Xuong in cooperation with Vietnam Blockchain Corporation (VBC).

Identity stamps with QR Code using blockchain according to GS1 standards are used for every mango. Consumers can trace information about the origin, production and distribution of every mango.

The information recorded by every unit (gardener, cooperative, distributor) involved in the supply chain cannot be amended by anyone.

This is the outstanding feature of the decentralization system on blockchain. As the information is saved on many servers, it is nearly impossible to counterfeit information.

GS1 is the standard recognized all over the globe. This allows easier examination of products when they are exported to large markets.

Blockchain technology is different from the traditional way of providing information with QR Code. The traditional method only allows users to access websites and provide basic information. The information about the status of products, the process of transportation and delivery cannot be updated.

With blockchain, these updates are possible, so it minimizes fraud and risks in the supply chain, thus helping protect the prestige of authentic companies.

First batch of Vietnamese mangoes exported to US

A ceremony was held in Cao Lanh city, Dong Thap province on April 18 to announce the export of the first batch of Vietnamese mangoes to the US.