Banks and fintechs: the new and powerful union

The cooperation between banks and fintech firms is fundamentally changing the way the financial sector operates. 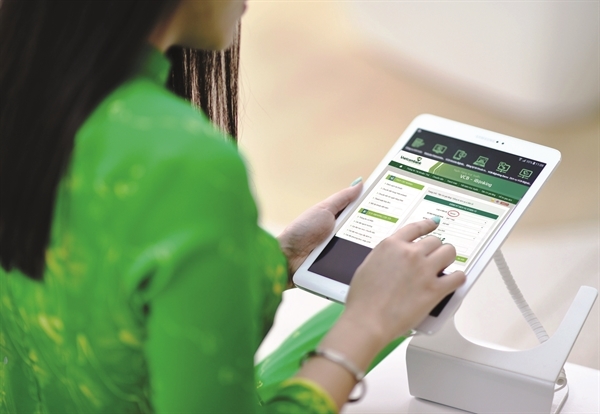 Ten years ago, commercial banks deployed Mobile Banking projects and some of them had to stop. However, since the day they began cooperating with fintechs, their Mobile Banking and Internet Banking have become quite different.

“Thanks to cooperation with fintech, banks now have whole digital ecosystems,” he commented.

The Banking Strategy Institute, which carried out a survey on commercial banks, found that 84 percent of bankers want to cooperate with fintechs for mutual development based on the strength of each side. They are willing to share with fintechs the operations of giving credit ranking and evaluating assets.

Fintech is present in many financial products, from the products for terminal users such as e-wallet, to products supporting the operation of financial institutions such as smart technology services and blockchain.

The systems help reduce the cost of financial services, eliminate intermediaries and help financial services reach the most efficient level. The data control, information security and safety for customers and financial institutions have been upgraded significantly thanks to fintech.

A study by Google, Temasek and Bain & Company found that digital payment would exceed the threshold of $1 trillion and the payment via e-wallet would reach $114 billion in 2025.

Vietnam, with population of 100 million, has a high proportion of smartphone users (60 percent) and 143.3 million subscribers. The number of internet users account for 66 percent and 64 percent of them use social networks.

Having high technology and innovative ideas, running flexible organization and infrastructure, fintech, however, lack the ability to expand customers and lack reputation to be able to quickly develop the market. Banks, on the other hand, have large customer data, long-standing brands, sufficient financial resources and operational experience, but they cannot easily exploit technology know-how.

Therefore, the cooperation between fintechs and banks can bring strength to both of them. Reet Chaudhuri from McKinsey & Company also said banks should join forces with fintechs for mutual development.

According to the State Bank, 72 percent of fintechs have cooperated with banks in Vietnam. Only 14 percent develop new services and 14 percent are ready to compete with banks.

Despite the current problems, new fintech startups emerge every day and the capital injected into the companies keeps increasing. According to the HCM City Informatics Association, 70 percent of fintechs in Vietnam are startups with foreign investments.

HCM City, the country’s commercial hub, has the potential to become a fintech hotspot of the country and region, according to experts.

Fintech companies could hold the key to driving last-mile adoption of digital payments and unlocking vast cash displacement opportunity in Southeast Asia, including Vietnam, according to Visa, a world leader in digital payments.