A vaccine against African Swine Fever (ASF) is being developed in Vietnam.

A group of US experts are coming to Vietnam in January to cooperate in the development, according to the Minister of Agriculture and Rural Development Nguyen Xuan Cuong, who spoke at the conference on deploying measures to step up the production and ensure free epidemics in livestock held in late December 2019. 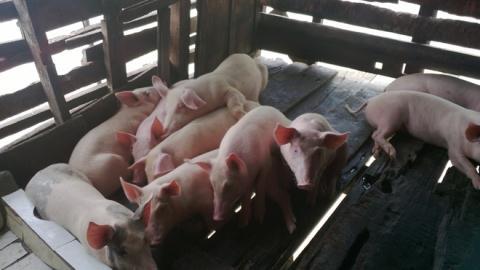 Cuong said the research and development of ASF vaccine has gained encouraging initial results. Vietnam plans to cooperate with the US and Netherlands to produce the vaccine. The US side has reported satisfactory results in the vaccine production.

“In January 2020, the US will send specialists in agriculture to Vietnam to join forces with Vietnamese scientists to research and produce ASF. In the near future, together with biosafety solutions, we have better conditions to strive for sustainable livestock development,” Cuong said.

The minister went on to say that the Ministry of Agriculture and Rural Development (MARD) not only cooperates with state-owned institutes and universities, but also with large corporations to conduct research and development of ASF vaccine.

Prior to that, in July 2019, MARD gathered a meeting to discuss some initial results in developing vaccines and using biological products in preventing and fighting ASF.

According to Nguyen Thi Lan, director of the Vietnam National University of Agriculture, said the university has conducted research on the next-generation inactivated vaccine for pigs, with success in laboratory and small-scale experiment.

When carrying out virulence testson pigs, the scientists found three ASF virus types with high virulence, thereby determining the pathogenesis and the distribution of the virus in pig organs.

Sixteen out of 16 sows and 15 pigs used for meat of these three households were healthy after more than two months of vaccination. Some sows gave birth to healthy piglets, while unvaccinated pigs all died from ASF.

Lan said the vaccine is safe for pigs and has a high protection effect for vaccinated pigs (100 percent of pigs with natural infection stay alive).

While waiting for MARD to allocate budget for vaccine research and production and set up a grade-III laboratory, the research team has been asked to prepare the production of 300-500 vaccine doses to serve experiments.

The problem now is the lack of material facilities and equipment to produce vaccines on an industrial scale.

Some months ago, on biorxiv.org, American scientists announced they found a vaccine that reportedly could induce protection against the ASF virus.

There is still no commercial vaccine to fight ASF.

The strong demand in China for pigs, due to its year-long struggle against African swine fever, has caused local pig prices to surge over the past week. However, the local market is also facing a pig undersupply.

The General Department of Market Surveillance under the Ministry of Industry and Trade has requested its branches in some southern provinces strengthen inspection and control over the trading and transport of smuggled pigs.

icon
How did Vietnam develop its SARS-CoV-2 test kits?
icon0