Vietnam strives to have at least 100,000 digital technology firms by 2030. It is expected that the digital economy would make up 30 percent of GDP by that time.

The Directive No 01/CT-TTg, the first Prime Minister’s instruction of the new year 2020, is about the promotion of Vietnam’s digital technology. Concrete goals and 12 solutions to reach that goals, described by experts as ‘breakthrough’, are shown in the document. 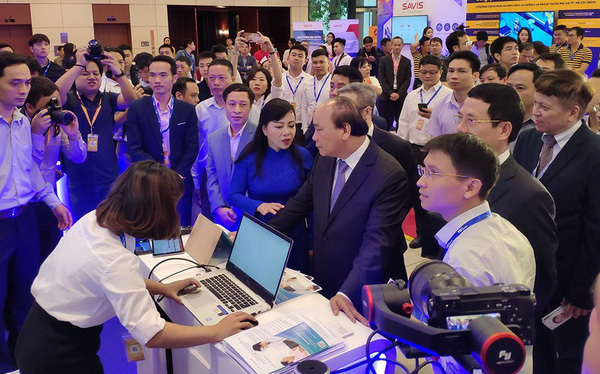 “The aspiration for a powerful Vietnam, the market of nearly 100 million people and specific problems that need to be solved in the fields of agriculture, transportation, health, education, finance, natural resources and environment are all the favorable premises for Vietnam's digital technology businesses to grow and reach out to the world,” Prime Minister Nguyen Xuan Phuc said.

VGP News commented that the Prime Minister’s directive is consistent with the current situation and it is a timely instruction to implement the Politburo's Resolution on a number of guidelines and policies to actively participate in the 4.0 industry revolution.

The reports of the Ministry of Information and Communication (MIC) showed that with 50,000 technology firms, the IT industry maintains the 10 percent growth rate.

The mobile broadband download speed as of Q4 2019 was 29.08 MBps, very close to the world’s average speed of 30.93 MBps. MIC has submitted to the Prime Minister the plan to stop the old 2G technology, slated by 2022.

According to e-Conomy Southeast Asia 2019 Report released by Google, Temasek and Bain, Vietnam’s digital economy in 2019 was valued at $12 billion, making up 5 percent of the nation’s GDP, or four times higher than 2015. The figure is predicted to reach $43 billion by 2025, with the fields of e-commerce, e-tourism, e-communication and e-hailing.

Hanoi and HCM City are two of seven large cities with developed digital economies. Vietnam is the market that receives the third biggest investment capital in the region, after Indonesia and Singapore. $600 million poured into Vietnam in the period from 2018 to the first half of 2019, while the figures were $350 million in 2018 and $140 million in 2017.

International organizations predicted that in the best scenario, if Vietnam carries out digital transformation in all sectors and exports ICT products and services, GDP could increase by VND 3,750 trillion in the next 20 years.

The digital transformation is being considered the key to unlock sustainable development of livestock for the country, with large-scale breeding farms investing more in digital farming.